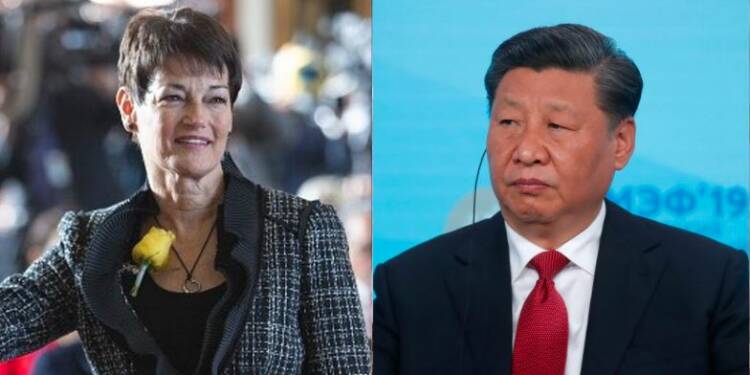 Top Republican leader Donald Trump may no longer be the US President, but the GOP will still not let China target the oldest democracy in the world with predatory investments. In fact, Republicans in Texas are bringing in a law that would bar Chinese investment in the state’s critical infrastructure.

The legislation introduced by Republican State Senator Donna Campbell would ban individuals or companies connected with China, Iran, North Korea or Russia from entering into contracts that concern the state’s critical infrastructure. However, the main target of the Lone Star Infrastructure Protection Act, as the legislation is being called, is to get rid of Chinese investment in critical Texan infrastructure.

Texas is actually moving ahead with the legislation as it has already been passed by the Texas Senate unanimously. Now, if the state’s House of Representatives also passes the Bill, then the legislation would come into effect from September 1.

The land on which the wind farm project has been proposed is owned by GH America Investment Group, a Chinese-owned company founded by Sun Guangxin, a billionaire who previously served in the Chinese military. The Epoch Times reported, “Officials and experts have raised alarm over the Chinese project, saying it poses a threat to national security.”

Sun is currently the richest person in Western Xinjiang, where China is currently running concentration camps and committing genocide against Uyghur Muslim minorities. As per Forbes, Sun has a net worth of $1.9 billion.

Sun’s investment company acquired land in Texas to build wind farms. The proposal is to install 50 to 130 wind turbines. The location is situated about 30 miles away from the US-Mexico border and near the Laughlin Air Force Base, which is the largest US Air Force pilot training facility.

There is a clear effort to exclude Chinese investment from critical American infrastructure. A recent annual threat assessment by the US intelligence community claimed that China’s cyber-capabilities “at a minimum, can cause localized, temporary disruptions to critical infrastructure within the United States.”

Campbell said, “Why do they want to put this in Val Verde County, where the wind doesn’t really blow? Why is this area, where the turbine farm was going to be, 65 miles from our Laughlin Air Force Base, a strategic pilot training base?”

Across the world, it is being realised that the power sector forms a part of the critical infrastructure.

Given the turbulent times we are in and the growing level of geopolitical hostility,  it is only prudent to maintain sufficient self-control and a sense of sovereignty towards such infrastructure. This is exactly what the proposed legislation in Texas seeks to achieve. It is not a good idea to hand over such infrastructure to foreign interests, especially if you share a tense relationship with such a foreign regime.

Republicans in Texas are therefore pushing to get rid of Chinese investments in critical infrastructure. While the Biden administration remains friendly towards China, Republicans are doing what they can to decouple the US from the Chinese economy.