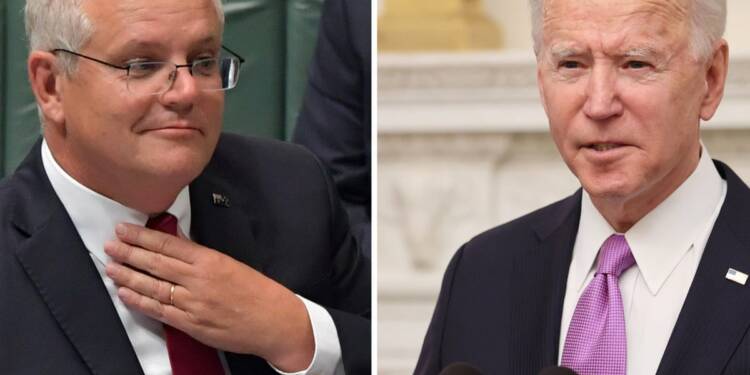 The allies of the USA around the Indo-Pacific are making sure that Joe Biden’s disastrous foreign policy does not impact their interests negatively. Thus, now after Japan, Australia has forced the Biden administration to follow Trump’s China policy. US Secretary of State Antony Blinken on Thursday reassured full support to Australia in the face of economic coercion by China, as Washington and Canberra mark the 70th anniversary of their alliance.

While most of the time, the USA under Joe Biden has maintained a nonchalant attitude when it comes to Beijing’s intimidations to Canberra, Blinken said Washington has repeatedly criticized what it says are Beijing’s attempts to bully neighbours with competing interests, and U.S. President Joe Biden has sought to bolster ties with allies in the Indo-Pacific to counter China’s growing power.

“I reiterated that the United States will not leave Australia alone on the field, or maybe I should say alone on the pitch, in the face of economic coercion by China,” Blinken said at a press briefing with visiting Australian Foreign Minister Marise Payne. “And we’ve made clear to the PRC how such actions targeting our closest partners and allies will hinder improvements in our own relationship with China,” Blinken said, using the acronym for the country’s official name.

It seems that Australia, just like Japan, has made the Biden administration go along with the Trump era US foreign policy by not buying into the way of the Biden administration’s approach to Chinese Communist Party and Beijing. Earlier the Biden-Suga meeting produced a dramatic result. The two leaders called for “peace and stability across the Taiwan Strait” in a joint statement. The two leaders also expressed “serious concerns regarding the human rights situations” in Hong Kong and Xinjiang. This is the first time since 1969 that the leaders of the two countries mentioned Taiwan in a joint statement.

Read more: The Japanese Prime Minister came to the US and successfully made Biden follow Trump’s Taiwan policy

After diplomatic tensions intensified in 2020, successive Australian trade ministers have been unable to secure a phone call with their Chinese counterparts, and Beijing last week suspended all activity under a bilateral economic dialogue with Australia. Australia was one of the first countries to officially bar Huawei from its 5G network due to security concerns, and its calls for an impartial inquiry into the roots of COVID-19 enraged Beijing last year.

On the other hand, while Payne told journalists Australia had been clear that it wanted constructive ties with China. “But we won’t compromise on our national security or our sovereignty and we’ll continue to act to protect that,” she said. Giving the opportunity to the US side to come clean on their commitment to its allies in the Pacific and more specifically to Australia.