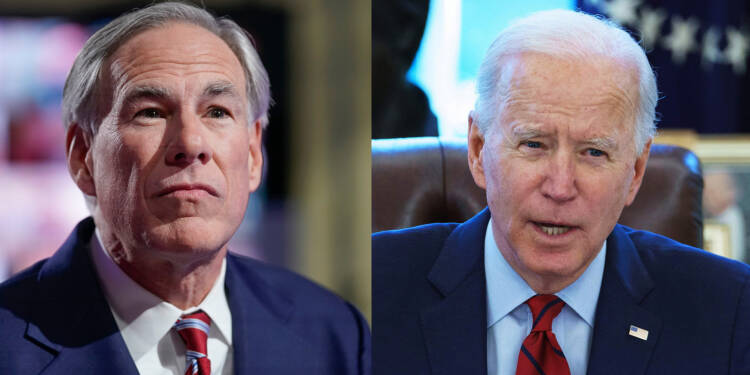 The Biden administration’s border policy is not just a blunder but a catastrophe, in its efforts to deny any sort of problems with the illegal immigration and unrestricted entry of the people including criminals, it has led to the burgeoning and flourishing of Drug Cartels. Due to which an unrestricted amount of fentanyl is being smuggled into the USA via Texas which is enough to kill every single New Yorker. Texas Governor Greg Abbott said Friday that authorities at the border in Texas have apprehended enough fentanyl to kill every single person in the state of New York, slamming the Biden administration for appearing clueless about the severity of the crisis.

TFI Global too has reported earlier that the policies of the Biden administration are like a dream come true for the drug traffickers and cartels. US President Joe Biden’s immigration policies, if they can be called so, have made the southern border with Mexico a safe route for drug cartels and other criminals. Texas Governor Greg Abbott warned on Sunday that Biden’s border policies are causing a surge in illegal immigration into the United States and “enriching and empowering” drug cartels in Mexico who profit from smuggling migrants. Texas Governor’s comments came as the number of unaccompanied children in border patrol custody has risen to 4,200.

The drug traffickers and cartels are having the time of their lives in making money. One thing has certainly turned out to be true, that the Biden administration is a heaven’s blessing on these cartels who were struggling during the Trump Presidency. The Republican governor said he went to the border last week and met with patrol officers, who he said expressed fears immigration will only increase in the coming months.

Abbott said, “I don’t know if Secretary Mayorkas and the Biden administration either don’t have a clue what’s going on or they are purposefully misleading their fellow Americans because here are the numbers. On the national level with regard to the Border Patrol, they apprehended last month—in the month of April, more than 170,000 people. That is a tenfold increase over the prior April where they apprehended about 17,000 people.”

At a time when the Biden administration should be focusing on the needs of middle- and low-income households, as well as small businesses, it is still focusing on the needs of drug cartels and smugglers. Joe Biden’s goals are all moving in the wrong direction. And to put it into context, there is enough Fentanyl in Texas smuggled through borders to kill every single New Yorker.