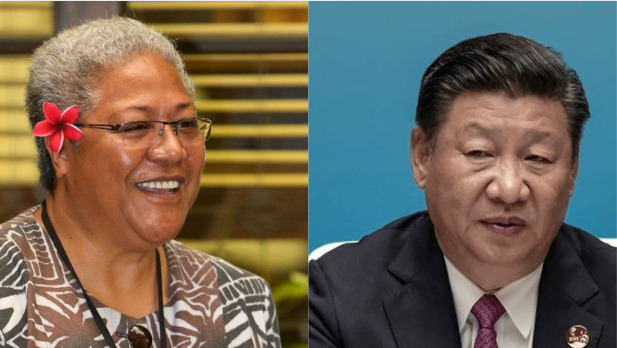 The race for the control of the Pacific Ocean has been a long venture and China is taking it very seriously. Be it Kiribati, Samoa or many other smaller Oceania Island nations, Beijing has been creeping into them and using its economic capacity to gain ground in the Pacific geopolitics. However, with the face of the Chinese Communist Party becoming more and more clear, these Island nations are starting to find ways out of economic dependence on China.

Samoa’s expected new prime minister has promised to shelve a US$100 million Beijing-backed port project, calling it too big for the tiny Pacific island, which is still heavily in debt to China. The small island nation has become a lot dependent on China economically, which is never a good news and it would have been only a while when the CCP and Xi Jinping started using it as its own property, thereby building strategic assets to offset the dominance of the USA in the region. However, this new cancellation will deal a huge blow to the misadventures and designs of Beijing.

As per news reports, Fiame Naomi Mata’afa, the opposition leader set to become Samoa’s first female prime minister after a weeks-long political impasse, said she intended to maintain good relations with China but she had more pressing needs to address. The proposed construction of the wharf in Vaiusu Bay has been a divisive issue in Samoa and rightly so. Playing a part in April elections where long-serving leader Tuilaepa Sailele Malielegaoi lost his parliamentary majority.

Fiame, who is expected to become leader after Samoa’s top court on Monday ruled against a challenge to the election result, said there were more pressing needs than building a new port. Thereby, creating just reasoning for the scrapping of the China sponsored project, and by mentioning that Samoa has other priorities, she hinted the project will not serve its interests but that of the other parties involved.

“Samoa is a small country. Our seaports and our airports cater for our needs,” Fiame said on the phone from Samoa’s capital of Apia. “It’s very difficult to imagine that we would need the scale that’s being proposed under this particular project when there are more pressing projects that the government needs to give priority to.”

Just recently, with the sustained effort of Australia, China has faced another diplomatic loss in Kiribati. The Maamau administration is facing opposition for letting China militarise a remote Kiribati island. Opposition lawmaker Tessie Lambourne told Reuters that she was concerned about the project and that she wanted to know if it was a part of the Belt and Road Initiative.

Lambourne said, “The government hasn’t shared the cost and other details other than it’s a feasibility study for the rehabilitation of the runway and bridge.” The lawmaker added, “The opposition will be seeking more information from the government in due course.”

Read more: Jinping plans to revive strategic airstrip in Kiribati, but Morrison will ensure that the Chinese project fails

In the case of Samoa, it is already too much dependent on China economically, China is the single largest creditor in Samoa, a country of 200,000 people, accounting for about 40 per cent, or some US$160 million, of the small nation’s external debt. And the political leadership cannot show obvious hostility, thus, while showing concern for the port project and the need for shelving it, Fiame stressed the need of maintaining good relations with both China and the US.

According to a January article in the Samoa Observer, citing Tuilaepa, the project was in the final stages of negotiation with China, with work expected to begin once international borders reopen. Tuilaepa’s office and the Chinese foreign ministry did not respond to questions. However, the reality is that China and Xi Jinping have seen another failure and its Pacific project is sinking even before making the voyage.