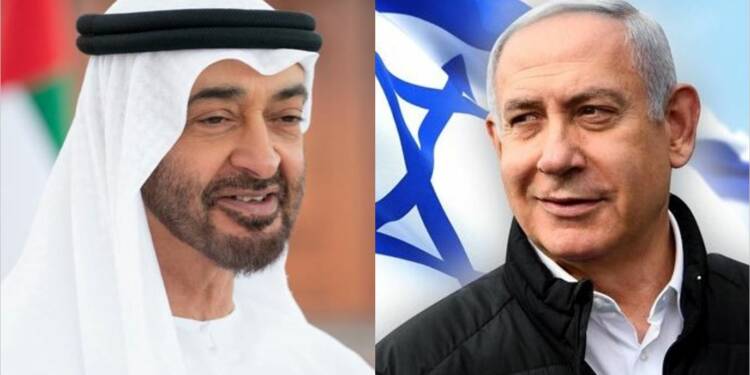 The Israel Hamas conflict has reached a ceasefire and things are heading to normalcy, however, the aim of driving a wedge between Israel and the Arab world has turned out to be counterproductive and it has brought them together. The plans are still quietly underway for the upcoming opening of the Israel-Gulf Cooperation Council Chamber of Commerce and Industry in Dubai, the United Arab Emirates. The chamber was established only in February, after the United Arab Emirates, Bahrain, Sudan, and Morocco normalised relations with Israel last year under the Abraham Accords.

In addition to this, the billion-dollar UAE-Israel gas deal will go forward signalling no major impact of the Hamas-Israel conflict on the relationship among the Abraham Acord member countries. The UAE has condemned the earlier storming of the Al-Aqsa Mosque as well as the impending forced eviction of Palestinian families from Sheikh Jarrah. However, it has been cautious not to mark Israel as the aggressor in the Gaza conflict, a stance that is diametrically opposed to Arab public opinion.

“I’m impressed by the fact that there has been the rather limited impact so far on Israel’s relations with the Arab world more generally, and specifically the UAE and Bahrain,” Eran Lerman, a former deputy national security adviser in Israel and vice president of the Jerusalem Institute for Strategy and Security, told Al Jazeera.

As evidence of the failure of normalisation, critics of the Abraham Accords point to the carnage in Gaza, as well as unrest within Israel between Arab and Jewish residents and deadly demonstrations in the occupied West Bank. However, the members of the Abraham accord can see things and are no longer bound to take a stand for those who are wrong.

Israel’s friend Donald Trump may no longer be in power, but his legacy lives on and protects the Jewish nation from a hostile administration in Washington, D.C. In fact, Trump-brokered peace deals between Arab countries and Israel dubbed “Abraham Accords” continue to shine. The Trump administration had invested itself into brokering the Abraham Accords and had managed to finalise such agreements for Israel with the UAE, Bahrain, Morocco, and Sudan.

The United Arab Emirates, which was the first of all Arab nations to sign an Abraham Accord with Israel, has reportedly issued a stern warning to Hamas. As per Israeli media, the UAE is said to have asked Hamas to stop its hostile actions against Israel, or else its planned investments in the Gaza Strip may not move forward.

Speaking at a panel event hosted by the Washington Institute for Near East Policy this February, the UAE’s ambassador to the US, Yousef Al Otaiba, said the Abraham Accords were done primarily to prevent Israeli annexation of the West Bank and keep the two-state solution alive. The UAE appears to have shifted its focus even farther away from Hamas and has put more emphasis on its bilateral relationship with Israel. The Emirates has retained its ambassador in Israel.

“For sure what is happening in Gaza is a test but I don’t think it is an indication to step back,” Ebtesam al-Ketbi, President of the Emirates Policy Centre, told Al Jazeera. “This conflict now is between the Palestinians and the Israelis, it’s not between the Arabs,” al-Ketbi said, adding that recent events are certainly putting pressure on signatories to the agreements.

These developments confirm that the Israel-Hamas conflict which was aimed to drive a wedge between Israel and the Arab world has ended up bringing them closer.

Democrats are turning the US Military into a woke parody of itself. And the world is laughing