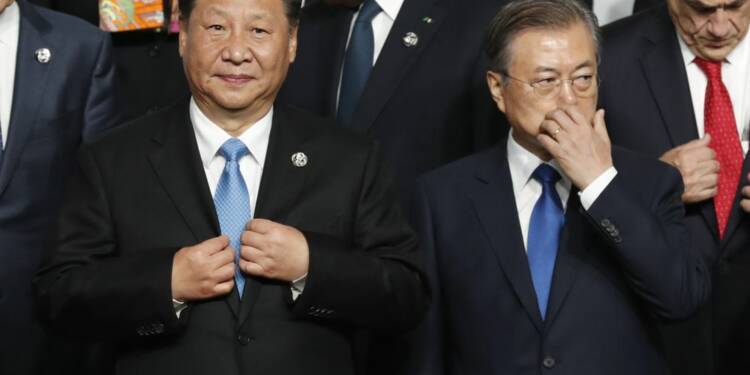 China followed the same age-old policy that it has been repeatedly using, and that is to hide behind the pretence of mere fishing binormal Chinese fishermen and fishing companies and then start exerting control over the region. This is what China has been doing near the Philippines and now the same development is visible near South Korea. Chinese fishing is increasing security risks near South Korea’s tense nautical border, said a top Cabinet member in Seoul, pledging to deploy advanced technology to crack down on illegal trawling.

Minister of Oceans and Fisheries Moon Seong-hyeok said in an interview that illegal fishing must be “completely eradicated,” joining in calls from across Asia to end what many see as Beijing’s assertive push into regional waters. South Korea has long complained about Chinese trawlers operating in the Yellow Sea — what Koreans call the West Sea — near its islands off the coast of North Korea. “When it comes to illegal fishing, whether it be foreign or domestic vessels, we will crack down,” Moon told Bloomberg News on Friday, saying South Korea will from next year increase its maritime surveillance systems using drones at sea and artificial intelligence.

The Chinese Communist Party and Xi Jinping have realised that the position of Moon Jae-in has become weaker and he is in no position to galvanize the support of his countrymen and bring a united front against China. On top of that, Moon’s recent tilt towards China has also not gone down well with the Korean people.

South Koreans actually hate China more than any other global power on this planet, including Japan. People in South Korea are afraid of China’s “cultural imperialism” wherein Beijing tends to appropriate Korean cuisines, national heroes and even Korean clothing. In such circumstances, Moon Jae-in’s China ‘pivot’ is not at all resonating with the popular opinion of China in South Korea. On the other hand, the Conservatives are happily cashing in on Moon Jae-in’s blunder.

Moon Jae-in’s reaction to China’s “cultural imperialism” has, however, been passive. The South Korean President is facing accusations of kowtowing to Beijing and now he is also being blamed for failing to take a tough stance against China’s poor response to the COVID-19 pandemic. And now with his position weakened politically, China has done what it does best and backstabbed the South Korean leader.

South Korea, which counts the United States as its most important military ally and China as its largest commercial partner, increased the pressure on Beijing over the weekend when it secured the termination of bilateral missile rules that had previously limited Seoul’s missile development to ranges of less than 800 kilometres (500 miles). More major Chinese cities may now be within South Korea’s missile range as a result of the shift.

South Korea’s military did not immediately respond to a request for numbers on suspected illegal Chinese fishing, but last month, an average of 180 Chinese vessels were spotted per day near the maritime border with North Korea, three times more than a year ago, according to broadcaster KBS.

Ryanair Hijacking: Biden gave Putin the perfect opportunity to resume his Belarusian adventure with a bang