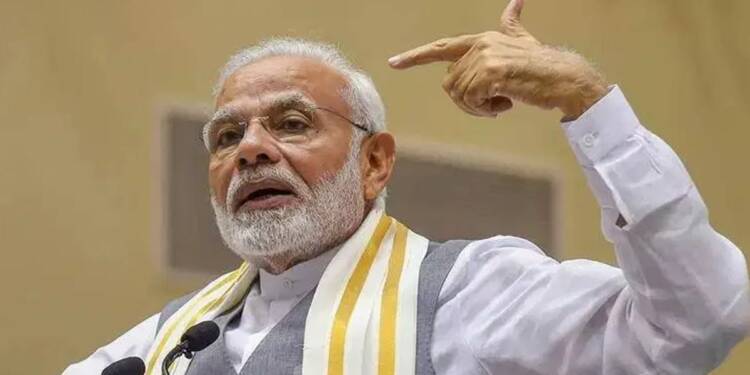 Google – the internet giant humanity has come to rely on was trying to act tough with the Indian government led by Prime Minister Narendra Modi for the past few months. Now, however, it has succumbed and has pledged to honour the law of the land in India. Google has realised that it is in its best interest to not pick up a fight with the Indian government – which is adamant to secure the country’s cyberspace and the online freedom of its citizens with a new set of social media and OTT guidelines that came into effect on Wednesday.

Google knows that it is a data giant, and if it remains adamant about disobeying the Indian government, it might be forced to localise Indian data storage within the borders of the country. Even worse, the Modi government of India might just give a clarion call to start-ups in the country to challenge the hegemony of Google. India is an IT powerhouse. The IT industry world over survives on the expertise of Indians. It will not be a monumental task for India to give the world an alternative to Google in a fairly short span of time.

So, complying with the Indian government’s rules became an existential issue for Google. Google chief executive Sundar Pichai, on Thursday, assured the tech giant is committed to complying with India’s new IT rules. Pichai said, “We are committed to complying (with the laws). And to the extent, there are requests (for information on users) we comply with and we will include that in our transparency reports. It is a framework with which we will operate it around the world.”

According to India’s new IT rules, non-compliance on the part of social media companies and data giants like Google will result in these companies and platforms losing their ‘intermediary status’ which provides them exemptions and certain immunities from liabilities for any third-party information and data hosted by them. In other words, they could be liable for no less than criminal punitive action and penalties.

The rules give authorities the right to flag violent posts and morphed/naked pictures. The rules also mandate the establishment of a comprehensive grievance redressal system for the citizens to play an active role in keeping India’s cyberspace free and safe.

Even Facebook has assured the Indian government it will be complying with the new rules. News agency ANI quoted a Facebook spokesperson as saying, “We aim to comply with the provisions of the IT rules and continue to discuss a few of the issues which need more engagement with the government. Pursuant to the IT rules, we are working to implement operational processes and improve efficiencies.”

The ongoing fight between Twitter Inc. and the Indian government, in which the microblogging site is punching way above its weight has served as a lesson for Google to not take any chances with Prime Minister Narendra Modi. It does not want to earn the ire of the Indian government, which only recently knocked on the doors of Twitter offices – sending the microblogging site’s Twitter headquarters in the United States into a panic mode.

Read more: After Facebook and Google’s meek surrender before Modi government, Twitter is the only sacrificial lamb

Twitter is finding the Indian government to be rather very hostile towards it of late – and it has nobody but itself to blame. It has taken consecutive steps to infuriate the federal government of India and is now simply paying for its misadventures. Prime Minister Narendra Modi is educating Twitter on who the boss in India is because, for some time, Twitter thought that it was the supreme authority in the country. Its bubble has been burst with its executives facing possible jail time and financial penalties.

Google simply wants to avoid such an ugly spat with the Indian government. India, led by Prime Minister Narendra Modi, has effectively brought American big tech to its knees.