Iran is set to elect Ebrahim Raisi as the new President. Relations with Arab world and Israel are bound to worsen 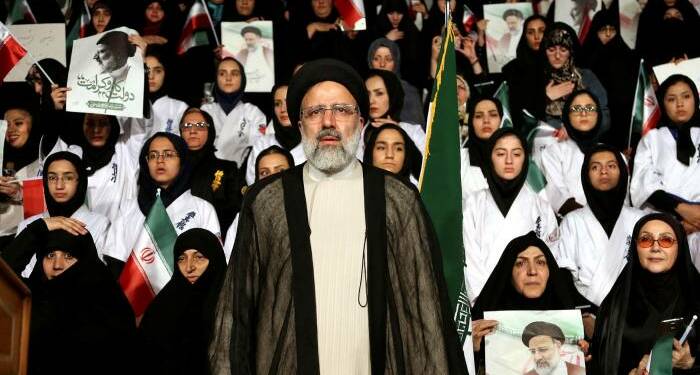 The Iranian regime of the current day under President Hassan Rouhani has taken all the decisions to manage the extremist, hardliner voices with his own moderate approach internationally, and it is due to that, Iran’s President Hassan Rouhani, who is a moderate voice in the political circles of Iran, is being scapegoated by the hardliners so that they and the Islamic Revolution Guards Corps (IRGC) can further consolidate their control over the government. The cornered Iran is watching the rise of hardliners in the race for the upcoming presidential elections.

The Islamic Revolution Guards Corps (IRGC) and Ali Khamenei, The Supreme Leader of Iran are making sure that the coming elections are not a level playing field for the hardliners and moderates. And Guardian Council of Iran has selected seven candidates, largely hardliners, for next month’s presidential election while rejecting numerous prominent hopefuls. Ebrahim Raisi, a hardliner and the head of the judiciary, is now widely regarded as the obvious favourite to succeed Hassan Rouhani, a moderate.

The election to succeed President Hassan Rouhani on June 18 is considered as a test of the country’s clerical rulers’ legitimacy, with high participation expected. Rouhani will not be able to run again due to term constraints. However, mounting unhappiness over the economy, which has been ravaged by US sanctions reimposed after Washington abandoned a nuclear deal with Iran three years ago and the wrath that pandemic has brought on the country has made the situation worse for the moderates and Hassan Rouhani and the hardliners are using this opportunity to use the current president as a scapegoat to increase their control over the government. In this effort, they have propped up the more hardline candidate Ebrahim Raisi as he is set to be elected as the new president.

Judiciary chief Ebrahim Raisi will now be seen as the clear frontrunner to succeed Hassan Rouhani, a moderate. Mr Raisi is a cleric with close ties to Supreme Leader Ayatollah Ali Khamenei. Raisi, a 60-year-old cleric in Iran’s Shi’ite Muslim establishment, is a mid-ranking cleric. He was appointed head of the judiciary by Supreme Leader Ayatollah Ali Khamenei in March 2019 and has since risen as one of the country’s most prominent politicians and a frontrunner to succeed Khamenei.

“I have come to form a strong people’s government for a strong Iran” with the help of “the brave youth,” Raisi said, apparently alluding to recent comments by Khamenei who said he expected a “capable and energetic government” to come to power. The judiciary chief lost to Rouhani in the 2017 presidential election, however, things have changed a lot since and going ahead the moderate voices are getting muted as the current situation is giving a fighting chance to the hardliners. And add to that the fact that the Islamic Revolution Guards Corps (IRGC) are still in search of an opportunity to avenge the death of their top man Qasem Soleimani.

The rise of Ebrahim Raisi is a very concerning development, and while he is a favourite of the Supreme Leader of Iran, he will mute the moderate voices with much more rigour and hasten the process of developing Nuclear Warheads, further worsening the relationship with Israel and Saudi Arabia.

Read More: Iran’s new marriage with China is going to be the final factor to snatch the nuclear deal from it

Reformists and rights activists say they are alarmed by Raisi’s background as a hardline judge, especially during the 1980s when he was one of four judges who imposed death penalties on thousands of political prisoners. Due to the disqualification of the less hardline contenders, Iran’s presidential election has practically become a one-horse race. The most hardline of the allowed candidates, Ebrahim Raisi, is almost expected to win.

It appears that a landslide is already being planned. The Revolutionary Guards-backed Fars news agency released the results of a “reliable” opinion survey, which predicted a turnout of about 53% and Mr Raisi winning 72 per cent of the vote. He appears to be the only serious contender on whom hardliners may agree to avoid a conservative vote split. With the IRGC and Ayatollah trying to gain absolute control via hardliners and hasten the process of nuclearisation of Iran as well as their thirst for revenge against the killing of Qasem Soleimani, the situation in the Middle East is only bound to heat up.

Why did the EU-China investment deal fall off after such a promising start?