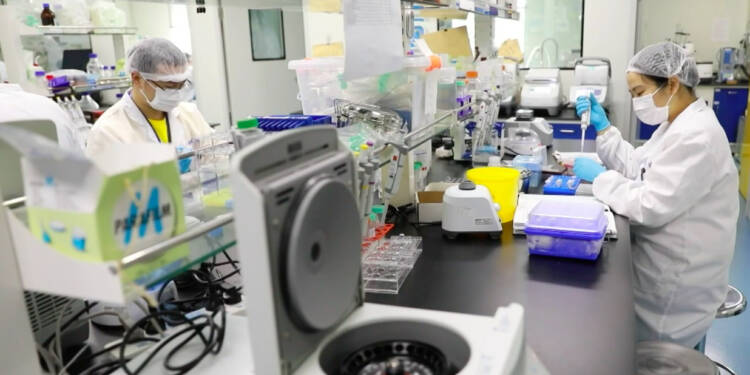 The one thing America’s left leaning media can never stomach is the fact that they have been utterly wrong in covering the whole pandemic because of their biases. The transition of the media houses from calling the lab leak theory absurd to now claiming that they were the ones who had already told about the same is really shameful and opportunistic in its totality. Many journalists who had previously labelled the lab leak origin idea as a “conspiracy theory” or “debunked” seem to be shifting their minds, accepting it as suddenly feasible.

A letter published in the journal Science by 18 notable scientists urging for a deeper inquiry and pointing to a lack of clear evidence for any single origin re-ignited interest in the notion. Following allegations of a declassified intelligence dossier describing three Wuhan Institute of Virology experts who were hospitalised in November 2019 with symptoms consistent with COVID-19, a month before the first confirmed case in China, the theory gained support.

Recently, it was reported that the Biden administration stopped the investigation of the State Department into the lab leak theory. There was long speculation that the Biden administration had given up on an independent US enquiry on the origin of the COVID-19 virus and the lab leak theory. However, with the latest remarks from the White House Press Secretary Jen Psaki, it has become official that the Biden administration has suspended the investigation and is totally dependent on the WHO, which in all its activities is a puppet in the hands of the Chinese Communist Party. President Joe Biden’s team shut down a closely-held State Department effort to prove that coronavirus originated in a Chinese lab with the lame excuse of concerns about the quality of its work as if the investigation by the WHO held any credence.

Sen. Tom Cotton was chastised by The Washington Post (Lean Left) for “repeating a conspiracy theory that has previously been debunked” early on, a headline the senator pushed back on through Twitter (see here and below). The headline in this week’s Washington Post reflected a shift: “Timeline: How the Wuhan lab-leak theory suddenly became credible.” This transition was also depicted in stories by the BBC (Center) and Fortune (Center).

Let me debunk the debunkers. @paulina_milla and her “experts” wrongly jump straight to the claim that the coronavirus is an engineered bioweapon. That’s not what I’ve said. There’s at least four hypotheses about the origin of the virus: https://t.co/536ygN1gC7

“The idea that [the virus] emerged from the Wuhan Institute of Virology (WIV) — once dismissed as a ridiculous conspiracy theory — has gained new credence,” the Post writes. The Washington Post also ran a headline this week calling the theory “vexing” — a departure from its previous qualifier of “debunked.”

As per a report, some freelance journalist Drew Holden and Media Research Center (Right bias), argued a media bias against Trump led journalists to dismiss a theory that deserved further investigation.

This Thursday, CNN (Left bias) interviewed New York Times correspondent Maggie Haberman, who claimed that many did not take the hypothesis seriously last year because of the Trump administration’s perceived lack of “credibility.” Some, such as Holden, juxtaposed this to a 2020 CNN story that featured Chinese officials arguing the lab leak theory was “a political strategy for Republicans ahead of the 2020 presidential election” (others argued this example is cherry-picked, pointing out that many outlets did and still report on China disputing origins of the virus).

“We urge the US to stop spreading disinformation."

China says recent accusations by the Trump administration that the Covid-19 pandemic originated in a lab in Wuhan are a political strategy for Republicans ahead of the 2020 presidential election. https://t.co/noJa7g8n9f

Politifact was also in the spotlight this week for archiving a previous fact check that read, “The genetic structure of the novel coronavirus rules out laboratory manipulation.” and was titled, “Tucker Carlson guest airs debunked conspiracy theory that COVID-19 was created in a lab.”

On May 17, Politifact issued an Editor’s Note that stated: “When this fact-check was first published in September 2020, PolitiFact’s sources included researchers who asserted the SARS-CoV-2 virus could not have been manipulated. That assertion is now more widely disputed. For that reason, we are removing this fact-check from our database pending a more thorough review. Currently, we consider the claim to be unsupported by evidence and in dispute. The original fact-check in its entirety is preserved below for transparency and archival purposes.”

It must be noted while the right leaning media in the USA was providing platform for the people who were providing evidence for the lab leake theory, were vilified by the left leaning media and made the USA believe otherwise and now as the theory is ginning credence, they are just archiving their stories out of shame.

A twitter thread by Brew Holden compiled a thread in which he compared coverage from major left- and center- rated media outlets on the lab leak theory in 2020 versus now:

That the Covid pandemic could’ve leaked from a lab in Wuhan went from terrible, racist conspiracy theory to plausible overnight for the mainstream media, without a shred of accountability.

If you don’t believe me, look at these stories side-by-side, then vs. now⤵️

It is an obvious case of media bias, with the claim that “simply because a handful of experts said something early on doesn’t mean journalists should stop asking questions.” Being a journalist is all about telling stories. Early on, there was enough scepticism that it was premature for journalists to declare it had been thoroughly “debunked.” However, because journalists increasingly portray scientists as all-knowing gods whose assertions are gospel, it’s understandable that they used a letter from 27 scientists as fodder to portray anyone who asked questions as a conspiracy theorist — especially since Trump was one of those who asked the questions.”