Kamala’s ‘Happy Long Weekend’ tweet and Trump’s heartfelt note: On Memorial Day, the class of the former President and apathy of the current VP was on full display 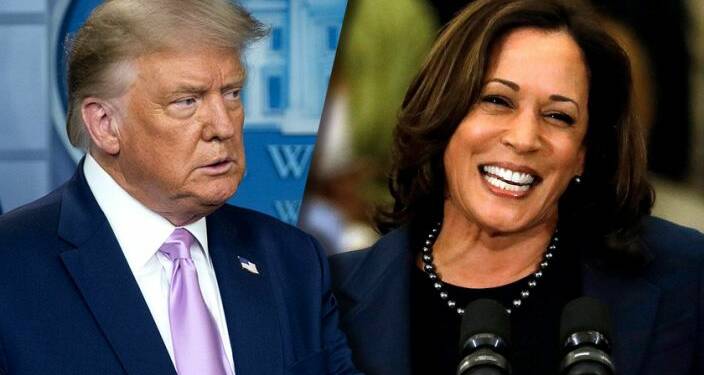 While most people focus on the memorial component of the Memorial Day long weekend (Happy Long Weekend), it appears that Vice President Kamala Harris is more concerned in having one extra day off. Former President Donald Trump, on the other hand, paid tribute to the “fallen heroes” who gave the “ultimate sacrifice” for their nation in a Memorial Day address, reminding Americans that “all that we are” is because of them.

Vice President Kamala Harris simply tweeted, “Enjoy the long weekend,” beside a photo of herself, in a tweet on Saturday. The phrase “Memorial Day” was conspicuously absent from the tweet. Many individuals chastised the vice president for not mentioning the cause for the extended weekend.

Her tweet “Happy Long Weekend” received backlash from the people for reminding her of the day. “It is Memorial Day weekend. This weekend is our time as a nation to honor our Fallen. It is our dedicated time to reflect on our war fighters, those who paid the ultimate price for our Freedom,” a used replied to her Happy Long Weekend tweet on Twitter.

It is Memorial Day weekend. This weekend is our time as a nation to honor our Fallen. It is our dedicated time to reflect on our war fighters, those who paid the ultimate price for our Freedom.

Texas Federation of College Republicans shared a poster of the importance of the day and said, “Here’s some facts about Memorial Day since you apparently forgot this isn’t just a ‘Happy Long Weekend’.”

Here’s some facts about Memorial Day since you apparently forgot this isn’t just a “long weekend” pic.twitter.com/t6hED8Yqud

Another Twitter user wrote, “Unbelievably disappointed that there is no mention as to why there is a “Happy Long Weekend”. This is a picture of our son, PFC Paul Cuzzupe who can’t enjoy the weekend as he died defending our freedom.”

Meanwhile, Donald Trump delivered a heartfelt gratuitous message on Memorial day. “We remember the fallen heroes who took their last breaths in defense of our Nation, our families, our citizens, and our sacred freedoms. The depth of their devotion, the steel of their resolve, and the purity of their patriotism has no equal in human history,” he said. “On distant battlefields, in far-off oceans, and high in the skies above, they faced down our enemies and gave their lives so that America would prevail​,” the former commander-in-chief said in a statement released from the “Desk of Donald J. Trump.”

“They made the supreme sacrifice so that our people can live in safety and our Nation can thrive in peace. It is because of their gallantry that we can together, as one people, continue our pursuit of America’s glorious destiny,” Trump continued.

The former president said Americans “owe all that we are, and everything we ever hope to be, to these unrivaled heroes. Their memory and their legacy is immortal. Our loyalty to them and to their families is eternal and everlasting.​” He continued by saying the country’s “warriors are the single greatest force for justice, peace, liberty, and security among all the nations ever to exist on earth​,” adding, “We honor them today, forever, and always.”

Every year on the last Sunday in May, Memorial Day is observed as “a day of remembering for those who have died in the service of the United States of America.” The custom originated after the Civil War and has remained an important date on the national calendar ever since.

Leaders have been known to mark the occasion with a social media tweet in recent years. Both Democrats and Republicans have done so, regardless of party affiliation. But for Kamala Harris, the holiday at the weekend is just one opportunity to enjoy a “long happy weekend.”

In endorsement of Israel and Netanyahu, UAE moves forward strongly in relations with the Jewish nation