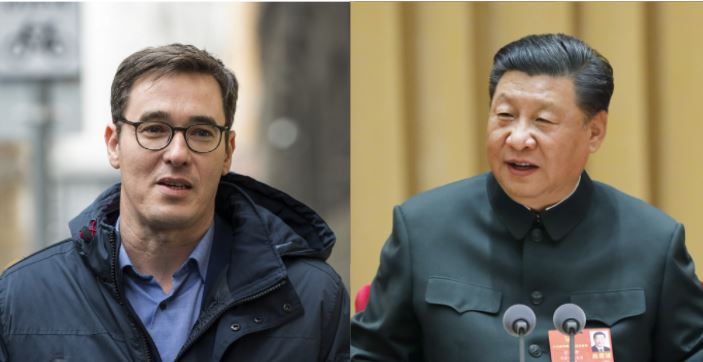 The Chinese Communist Party thought it would barge straight into the European Union and set up its universities to psychologically colonise Europeans. It was all set to fund a multi-billion-dollar university in the heart of Budapest – the capital of Hungary. All was going on perfectly like a utopian dream sequence. What the CCP did not pre-empt, however, was the fact that unlike in China, people of Europe still continue to exercise free speech and expression rights. Additionally, Hungary is a democracy. That is where China’s rosy calculations turned sour, and now, it cannot help but be outraged.

Four central roads in Budapest are being renamed, in protest of the upcoming Fudan university campus in the capital’s industrial zone. Budapest was to host Europe’s first Fudan university campus. Now, however, that deal going forward seems highly unlikely. Fudan University is a major public research university in China’s Shanghai. It is widely considered one of the most prestigious and selective universities in China. It was the first university to be independently established by the people of China in 1905.

The university has now turned into a communist indoctrination centre, and the CCP exercises full control over it. Any new campuses of the said university being opened outside China too would be under the control of the CCP. To make sure of the same, out of the $1.5 billion which the setting up of the university is to cost in Budapest, China is paying $1.3 billion. A Chinese company will construct the campus, using Chinese materials.

For any sane individual, that is reason enough to make sure such a CCP outpost is not opened in the capital of their country. And the people of Hungary have no sanity lost. So, in a move that has shocked the CCP and put the pro-China Hungarian government in an uncomfortable position, Budapest’s mayor has named four roads in the city to pay tribute to opponents of China’s authoritarian regime.

Four street signs at the site now bear the names Free Hong Kong Road, Uyghur Martyrs’ Road, Dalai Lama Road, and Bishop XieShiguang Road, the last referring to a persecuted Chinese Catholic priest. Budapest’s liberal mayor – Gergely Karacsony, while addressing a press conference with district mayor Krisztina Baranyi said, “The signs bear the names of the persons and people who have been persecuted by the Chinese Communist Party…This is… a stand for solidarity and freedom, which Hungary has been committed to for 30 years.”

The Budapest mayor, who is a frontrunner to oust the current Hungarian prime minister Viktor Orbán in elections early next year added how “China and Hungary are worlds apart when it comes to human rights and solidarity.”

The growing opposition to the Chinese university in Budapest has put the Viktor Orbán government on the defensive. In fact, a recent poll has even shown how there is widespread opposition to the setting up of a new campus in Budapest. Cabinet Minister Gergely Gulyas, while saying that “no substantive decision could’ve been taken yet”, added the project is “on the drawing board currently.”

China is infuriated with the developments in Hungary. It has been embarrassed and publicly humiliated, quite literally on the streets of Budapest. Chinese Foreign Ministry spokesman Wang Wenbin said on Thursday, “Certain individuals, politicians from Hungary, want to grandstand on China-related issues and hamper bilateral relations.” He added, “Such acts are just despicable.”

Hungary is currently led by a conservative government, which for reasons best known to it, is warming up to China. In fact, Hungary was the sole nation to block a European Union statement in early May accusing Beijing of trampling on Hong Kong’s freedoms. In April, it had blocked an EU statement condemning China’s imposition of a draconian national security law on the erstwhile free city.

Hungary’s public seems to have had just about enough. Leading the mantle of democracy, freedom and liberty, Budapest city mayor Gergely Karacsony looks all set to oust the pro-China government from power early next year. China’s dreams of academic colonisation of Europe seem to have been caught up in an unexpected mess.