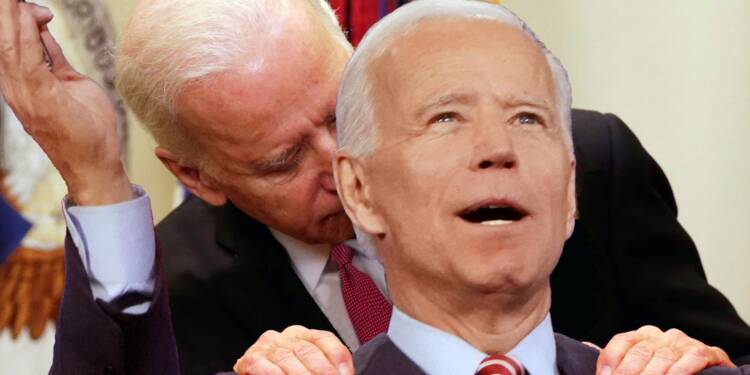 During remarks at a Virginia military base on Friday, President Joe Biden raised eyebrows — and a few concerns — when he lavishly complimented a little girl on her attractiveness. After the American President complimented a young girl on her attractiveness while attending an event at a Virginia military base, the moniker “creepy Joe” started trending.

At Joint Base Langley-Eustis in Hampton, Virginia, the child in question, who seemed to be in elementary school, had joined her parents and two older brothers on the podium while her mother presented the president.

“I love those barrettes in your hair, man,” Biden said. “I tell you what, look at her, she looks like she’s 19 years old, sitting there like a little lady with her legs crossed.” The Post Millennial picked up on Biden’s odd remark and tweeted it, generating a stir on Twitter.

Some of the responses were even more succinct. “Um, wut,” tweeted RealClearPolitics co-founder Tom Bevan, while Ricochet editor-in-chief Jon Gabriel chimed in, “dude has issues.”

“This is going to be his last straw,” conservative podcast host and Spectator USA contributor Stephen Miller captioned an image of Kathy Bates taking a sledgehammer to James Caan’s legs in the movie “Misery.” “We’re not going to see him (Biden) for the next two weeks.”

Biden has a history of uncomfortable experiences with young ladies and girls. During a video conference in February, he told an Arizona nurse that she looked “like a freshman” in college.

Biden gained a reputation for getting too close to women during his stint as vice president. Biden stood behind Carter’s wife Stephanie during Ash Carter’s swearing-in ceremony as defence secretary in 2015, holding her by the shoulders and whispering in her ear. After swearing in his fellow First Stater, Biden whispered to the then-13-year-old daughter of Sen. Chris Coons (D-Del.) and kissed her on the head.

Former Nevada lawmaker Lucy Flores said in March 2019 that Biden grabbed her by the shoulders and kissed her hair during a 2014 campaign event in Las Vegas, thus almost ending Biden’s 2020 presidential candidacy before it had even started. Biden produced a video days later after three more women accused him of inappropriate touch, promising to “be more careful and respectful of people’s personal space.”

Joe Biden’s actions are unbecoming of a sitting President of the United States of America and reflect poorly on the American people.