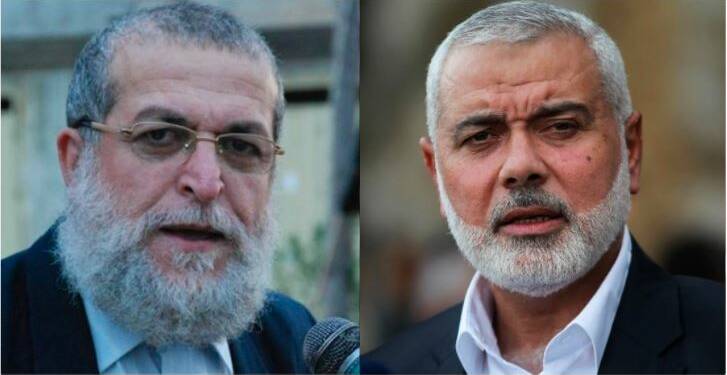 Radical factions in Palestine are looking to overhaul the Palestine Liberation Organisation (PLO) and they have a clear strategy- edge out moderate factions including Fatah and take over the PLO. In fact, Damascus-based  Islamic Jihad,  which helps Hamas in carrying out terrorist activities in Gaza is actively pushing for “reviving the Palestinian national project and reforming the PLO.” This makes all the more sense as Fatah, which presently runs West Bank, is losing political popularity.

Sheikh Nafez Azzam, a member of the Islamic Jihad political bureau, made it clear that the movement will look at recalibrating the PLO during the upcoming meeting of Palestinian factions at Cairo. Egypt is hosting all Palestinian factions to help them overcome their internal dissensions and agree on a unified agenda, but Hamas and Islamic Jihad are looking at the meeting as an opportunity to take complete control of the PLO.

Azzam said, “What concerns us in the upcoming Cairo meeting and what we must intensify efforts for is reviving the Palestinian national project and reforming the PLO so that it becomes an umbrella organisation representing all the people in line with their hopes and aspirations.”

He added, “This is one of the most important priorities for us during the Cairo meeting in parallel with working to reach a comprehensive national vision that protects the Palestinian people’s rights and defends their constants.”

The latest remarks by the political wing of Islamic Jihad, which cooperates with Hamas shows how radical factions in Palestine want to take complete control of the situation. Presently, neither Hamas nor the Islamic Jihad finds representation in the PLO, but they feel that with speculations of Fatah losing political support, the PLO itself can be reworked.

For Hamas and Islamic Jihad taking over the PLO is actually a means to grabbing power in the Palestinian territories controlled by Fatah, namely West Bank.

For a long time, the PLO, under the leadership of Yasser Arafat, enjoyed the status of the official government in Palestine and was also recognised as the sole legitimate representative of the Palestinian people. Yet, the use of violent activities directed against Israeli citizens had led to PLO’s fallout with the US and Israel. The US designated PLO a terrorist organisation in 1987.

Hamas too came into the picture in 1987 itself. Going ahead, while the PLO recognised Israel’s right to exist, Hamas refused to accept the legitimacy of the Israeli State.

In 2006, things went further south when Hamas won a slim majority in the Palestinian Authority (PA) legislative elections, putting the radical body in command of both the West Bank and Gaza. But Hamas’ refusal to accept previous deals between Israel and the PA led to a PLO-Hamas war that ended with Hamas gaining control over Gaza while PLO and Fatah got restricted to West Bank.

But now taking control over PLO would be a priority for Hamas because it wants to challenge Fatah in West Bank. Fatah has been facing internal dissensions and with breakaway factions eating into its vote share, the Mahmoud Abbas-led party is expected to fall down to the second or third spot if elections to the second or even third spot in Palestinian territories are held today.

Abbas is himself facing unpopularity in West Bank. He is seen as a spineless man by Palestinians whose government is submissive before Israel at best and complicit at worst. In fact, Fatah is holding on to power by deferring elections time and again. Hamas is therefore trying to project itself as the one fighting Israel and making all the sacrifices.

Hamas has been piling pressure on Fatah and its recent activities in the Al Aqsa Mosque compound as well as rocket attacks against Israel were again supposed to make Fatah look bad. In this sense, Islamic Jihad and Hamas are looking at the Cairo meeting as an endgame to relaunch the PLO and take out all the moderate factions from the umbrella body.

Mob violence, chaos and severed heads: Mexico is having its bloodiest election ever and drug cartels are openly dominating