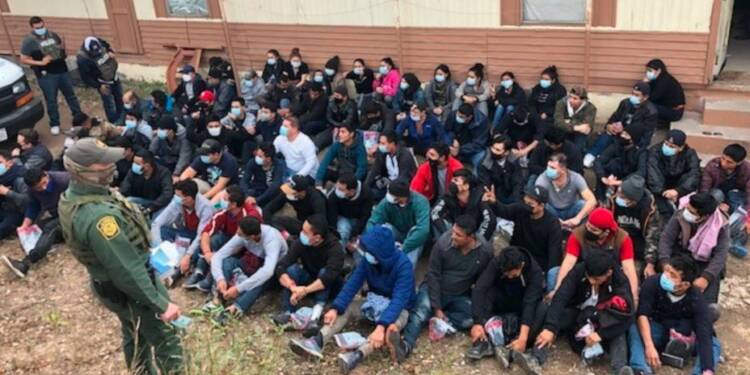 Remember we at TFI recently told you how Texans are about to reintroduce the concept of the ‘Minutemen’? Well, to take on invading illegal aliens, the people of Texas are now rising up in arms.

Chapter 431 of the Texas Government Code states, “The reserve militia is not subject to active military duty, except that the governor may call into service the portion of the reserve militia needed for the period required in case of war, insurrection, invasion or prevention of invasion, suppression of riot, tumult, or breach of peace or to aid civil officers to execute law or serve process.”

Constitutionally, Texas can protect itself from illegal aliens using a reserve militia comprising of the people who are willing to take on illegal immigrants (illegal aliens) – which would comprise almost the entire population of the patriotic state. According to a report by the Epoch Times, Texans have stopped counting on the federal government – led by Joe Biden and his lackeys to take any constructive steps towards alleviating the red state’s woes.

Residents of Texas are now pressing for state and local action. Ranchers are having to brandish firearms, or even fire warning shots, to chase groups of illegal aliens, usually young men, out of their homes. Parents are afraid to let their young children play outside, while sheriffs are resigned that someone is going to get shot sooner or later. At least 14 counties have declared local disasters, and some are starting to prosecute illegal aliens for trespassing and other crimes.

Lavaca County Judge Mark Myers suggested at a community meeting in Westache in April that the governor should activate the National Guard, as well as a reserve militia. Texas Governor Greg Abbott “can enact a draft to raise up an army to quell this invasion,” Myers said,“This is an invasion. No matter what anyone tells you, this is a law enforcement emergency. And we have the right to do that under the Texas Constitution and under Texas Government Code.”

Faceoffs between American ranchers and illegal aliens are witnessing an unprecedented rise. According to a rancher quoted by the Epoch Times, in the past few months, ranchers have been getting unwelcome visitors who destroy their property, steal their vehicles, and scare their families. Cole Hill said that he has dealt with illegal aliens traversing his land for years, but now, “I’m going on about six weeks straight now with illegal [aliens] on my property on a daily basis, or multiple groups a day.”

Read more: A war has broken out between Texan ranchers and illegal aliens and ranchers are ready to go all western on their a*s

The sentiment of defending Texas and its communities using whatever means necessary – and by participation from within the community is rising. Texans have come to realise that in order to protect their families, ranches, businesses and livelihoods – they must take matters into their own hands.

During the American Revolution, Minutemen independently formed militia companies self-trained in weaponry, tactics, and military strategies.  They were known for being ready at a minute’s notice, hence the name. Under the Biden administration it seems, the revival of the Minutemen in Texas is imminent – courtesy of the government’s absolute indifference towards the woes of hard-working, rural Americans who live the ‘American dream’ on the country’s ranches and farms.

Joe Biden will not be able to stop Texans once they decide to get out and defend their streets by themselves. As for the illegal aliens who are testing the patience of Texans – a hell of unprecedented magnitude is about to descend upon them soon.