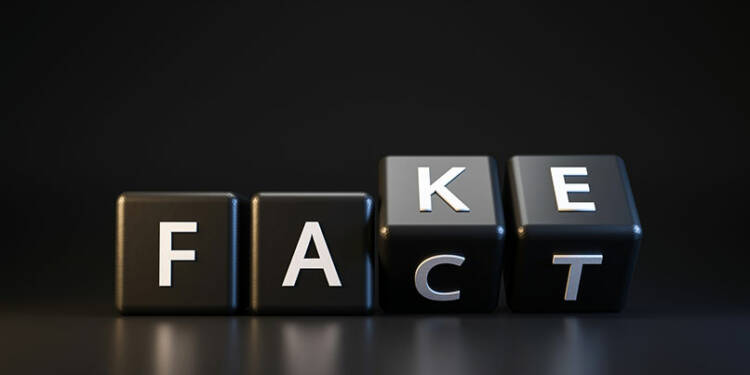 Big tech and their political patrons have found a way to sugarcoat the term censorship and bring it out to be more acceptable through an ingenious idea. They have started using fact-checking as a method to suppress the ideas that they do not agree with and propagate the ones that they find inclined with their worldview. In a way, for the past few months especially we have seen how fact-checkers have become the biggest spreaders of fake news in the world and how they turn their opinions into facts.

In this world of narrative war, fact-checking has become a tool to justify an opinion and stifle other opinions as well as facts that do not suit the narrative of the left-liberal elite and thus the big tech. The possibility that COVID-19 came from a lab accident is just the latest example. Social media companies tried to suppress any discussion of it for months and helped propagate other skewed opinions which even led to increased racist attacks on the Asian community in many countries.

Earlier, Facebook appended a Wall Street Journal op-ed “We’ll Have Herd Immunity by April” by Johns Hopkins surgeon Marty Makary (Feb. 19) with the label “Missing Context. Independent fact-checkers say this information could mislead people.” According to Facebook, “Once we have a rating from a fact-checking partner, we take action by ensuring that fewer people see that misinformation.”

Social media fact-checkers don’t have any special knowledge or ability to sort fact from misinformation; however, they have extraordinary power to shape what people believe. And stifling ideas can backfire if it leads people to believe there’s a “real story” that is being suppressed. This is becoming apparent and these fact-checkers who have been given authority to term any and everything fake or real as per their convenience cannot even be made answerable in a case of the wrong attribution.

Silicon Valley giants such as Facebook, Twitter and YouTube have appointed themselves the arbiters of truth on controversial matters that warrant wide debate. Recent events related to the COVID-19 pandemic and its origins ought to be enough to revoke Big Tech’s authority to limit free speech under the guise of combating “disinformation.” While this may seem a one-off situation, if you look more closely, the fact that these social media platforms can judge any opinion, incident or fact based on their own privately contracted fact-checkers with no liability, spells the recipe for disaster.

Based on their own narrative and their own narrow understanding of things, these people can label any group as racist or misinformation spreader and can reduce their reach, reduce the reach of information that goes against their narrative and worst of all, they can deplatform anyone without any repercussion. This is not just the case in the USA, it is becoming a worldwide phenomenon. Fact-checkers like AltNews in India are another example of a politically driven organisation that hides behind the garb of fact-checking and conveniently uses its front face to further the narratives it finds inclined with its political biases and labels all others as fake news.

Using such fact-checking organisations as their basis, big tech and social media giants suppress the proliferation of multiplicity of ideas. In a way making people sheep who conform to the ideas and narratives that these companies agree with. Using the garb of fact-checking, these organisations have found the best tool to spread fake news and sell their narratives with the stamp of them being facts by their friendly in-house fact-checkers.