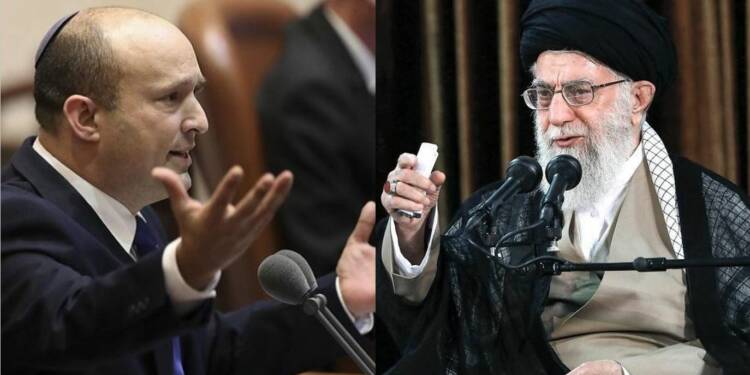 The geopolitics of the Middle East is in an abrupt transition, and this is not good news for those people who are looking for ways to make the region peaceful. While the political upheaval in Israel has weakened its foreign policy given the wide spectrum of a coalition that is at the helm. On the other hand, in Iran, the hold of the extremist and hardline politicians is becoming stronger which will lead to more resolute and non-compromising foreign and security policy.

And at a time when the power differential is being exacerbated, the US administration under Joe Biden has remained wilfully oblivious of these developments providing a perfect opportunity to the Iranian authorities to make aggressive movement vis a vis Israel. With a government in the USA which could be easily manipulated by its adversaries, there is no better time for Iran to strike Israel and this is why the country needs to be vigilant, united and in control of its actions.

While Joe Biden wanted Netanyahu out of power and may have succeeded for a while, he will need Netanyahu more than ever going ahead if he wants to keep the US control in the region. Joe Biden’s predecessor Donald Trump was on a stride to improve the regional affairs and consolidate the US authority in the region with the proliferation of the Abraham accords, however, since his arrival, Joe Biden has sent the region into instability and confusion. And as he has realised his policy blunders, he will need the able hands of Netanyahu to first keep Israel united and strong, and secondly, he will need Netanyahu’s leadership to make sure that the Iranian regime is not able to succeed in its adventures.

As per Reuters, Iranian Foreign Ministry spokesman Saeed Khatibzadeh said, “Iran’s enemies are gone, and powerful Iran is still here. I don’t think Israel’s policies will change with the new government.” What the Iranian spokesman said is directly linked to Netanyahu’s ouster.

To put things in perspective, Netanyahu is actually a direct enemy of Iran. He is the wall standing between Iran and Israel. For 12 long years, Israel’s former Prime Minister Benjamin Netanyahu gave Iran a very tough time. In fact, he is leaving behind an anti-Iran legacy for Israel, which future regimes will have to follow.

Read more: Iran’s early celebration about Netanyahu’s exit is both stupid and suicidal

Iran understands that the new dispensation is a fragile government led by a nationalist, right-wing party but supported by the Arabs and the Left. The Bennett government will have a tough time representing itself abroad.  Naftali Bennett will, in fact, find it hard to pressurise US President Joe Biden on the contentious issue of the Iran nuclear deal.

And as these situations pan out, Iran will find it easy to hurt Israel and other US allies in the regions as and when it sounds fit. However, as such the situation is, the USA and Joe Biden will find it imperative to have Benjamin Netanyahu come back to power to keep the Israel united and keep its focus on the security of the region and tackle the strengthened Iran.

There are many fault lines that Netanyahu can exploit in the incumbent government. He remains the tallest Israeli leader, despite losing the vote of confidence and he won’t let Iran breathe easy for too long. Thus, while for the first time in a very long time, Israel is at its weakest and Iran at its strongest, any moment Netanyahu arrives things will take a sudden reversal.