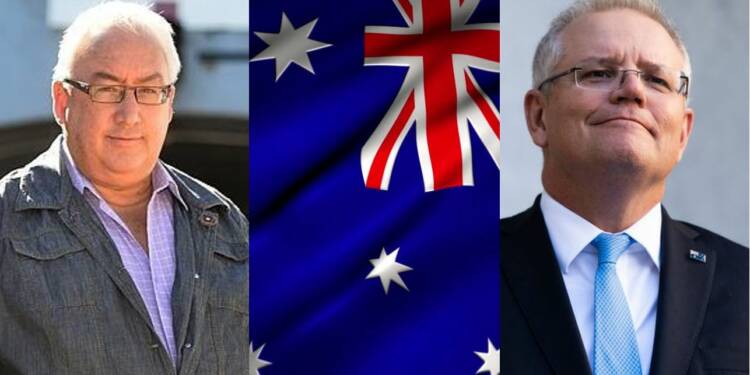 One of the most often repeated yet profound sayings is that one should learn from the mistakes of the others. The anti-China sentiments which were brewing for quite some time, have been concretized. And as political arithmetic is becoming more and more influenced by the views of political blocks vis a vis China. Australia’s former Labour MP Michael Danby says political influence from China within the Labour Party is “worrying, repeated, and sustained”.

The comments come after Western Australia Premier Mark McGowan called for the federal government to stop any criticism of China, saying he didn’t “understand” why Scott Morrison would risk the relationship in light of the benefits. All this makes the Australians more resolute to not give up on Scott Morrison. Given how the Democrats who were taking an easier stance vis a vis stance have now kind of abandoned counting Chinese offensive in different formats. Learning from this, the Australian citizens have realised how important it is for them to have Scott Morrison and the coalition remain in power.

Some Labour Party members have realised how their stance vis a vis China is impacting their political fortunes not only in the short term but also in the long term. According to Mr Danby, this is a “micro-example” of China’s attempt to disengage sub-national states or other organisations from Australia’s national security policy – which is supported by “both sides of federal politics”. “It’s because Beijing has figured that, at the state level, there is neither the intellectual nor the operational capacity to understand these foreign affairs or national security issues,” he said. “They appeal to the greedy, economy-only mentality of some of these provincial leaders.” Mr Danby said Australians should “stand up” and tell China “so far and no further”, calling particularly on Mark McGowan to “stand up for Australia and stop licking their boots”.

As the Labour Party members, in the words of their fellow party men have kept licking the boots of Chinese Communist Party, Scott Morrison has provided exemplary leadership which the fellow Australians can be proud of. In the most recent occurrence, at the G7 summit held in Cornwall – Britain, Australia exposed Chinese barbarity and belligerence at a level not done by any country ever before. Leading the anti-China crusade at G7 was Prime Minister Scott Morrison, who produced crucial documents before the heads of some of the richest and most powerful democracies in the world. The G7 leaders – comprising the heads of states from the United States, United Kingdom, Canada, Germany, France, Germany and Italy are said to have been “shocked and appalled” by the revelations made by Australian Prime Minister Morrison. As a consequence, the G7 communique after the summit was aimed squarely against China and its totalitarianism.

Read more: How Scott Morrison unmasked China’s barbarity at the G7 meeting and left member nations no choice but to attack China

If the latest approval ratings are of any signal, our above hypothesis can be termed facts. Labour leader Anthony Albanese’s net approval was -9, down two points. This is a record low since he became opposition leader. Morrison led Albanese as the better PM by 53-32%. The latest appointment of China hawk Barnaby Joyce as deputy Prime Minister also tells the bargaining trend of anti-China sentiment. And the fact that the citizen of Australia know how strong stance Morrison has taken vis a vis China, Australia has learnt from the mistakes of the US and it is not going to let Morrison go so easily.