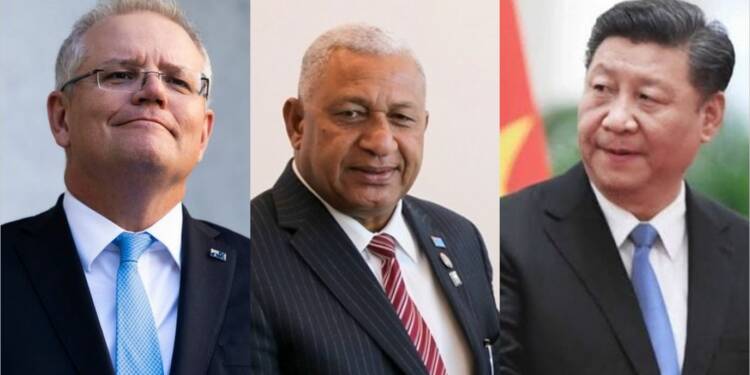 China in the past two decades has seen unprecedented growth and it has become the victim of its own success. China under Xi Jinping has made enemies with most of the world and stretched too far and beyond its abilities. This is becoming more and more clear with every passing day, with the latest being Australia’s one-upmanship of China in the South Pacific. Australia has replaced China in Fiji as the Island nation’s biggest benefactor. Australia is sending another 50,000 COVID-19 vaccines to Fiji and an Australian Medical Assistance Team to help the island nation as it struggles to bring its recent coronavirus outbreak under control.

This has come over the earlier supply of vaccines. Australia has already sent 200,000 AstraZeneca vaccines to Fiji. On Friday, the Pacific Island nation reported 115 new COVID cases, with two more clusters emerging. COVID-19 has claimed the lives of five people so far, with authorities speculating that a sixth fatality could be linked to the pandemic. In addition to all this, Australia has offered many more tangible ways to help Fiji. On the other hand, China has only made some comforting statements and that’s it.

Australian Prime Minister Scott Morrison’s administration had promised to supply its neighbours with COVID-19 vaccines in 2021 as part of a A$500 million package aimed at achieving “full immunisation coverage” in the region. It also recently signed a “landmark” deal with Fiji, one of the region’s most populous nations, to allow military deployments and exercises in each other’s jurisdiction. One should remember that the island nation of Fiji had become a place of consolidating Chinese influence and increased investment.

The case of Fiji is a good strawman to understand the Australian strategy. As the traditional investor and the regional big brother, for a long time it was Australia that held sway in the region, but, as the Chinese investment increased so did their influence. However, COVID-19 has changed the dynamics and the investment from the Chinese has steadily gone down. China being practically absent from the scene is the best opportunity for Australians to gain the lost influence in the region, as well as, teaching China a lesson for its irresponsible and belligerent actions.

On one hand, Australian administration is providing such tangible support and material that will have an immediate impact, on the other hand, China is just providing moral support. Chinese President Xi Jinping Thursday pledged that China will continue to help Fiji fight against the COVID-19 pandemic, develop the economy, and tackle climate change. Xi made the remarks in a phone conversation with Fijian Prime Minister Voreqe Bainimarama. Noting Fiji is the first Pacific island country to forge diplomatic relations with China, Xi said bilateral ties have achieved enormous progress over the past 46 years since the establishment of diplomatic ties.

Australia’s Minister for the Pacific, Zed Seselja, told the ABC that he believed the vaccination rollout would soon have a real impact on case numbers. “If we look at where most of the cases have been concentrated in recent times, they’ve been in and around Suva and the number of people vaccinated [with at least one dose] in Suva is quite significant, well over 50 per cent of the target population,” he told the ABC. “So obviously as you see rates like 60 or 70 per cent plus that does start to have an impact on the virus spread, along with other measures.”

Its latest contribution will bring the total doses sent to 250,000. The government has pledged to provide a total of 1 million doses to Fiji, which is the most populous Pacific Island nation after Papua New Guinea. Australia has been working overtime to teach China a lesson. This time, it has snatched the Pacific Islands from Chinese influence and has started its own vaccine diplomacy for its immediate region. Xi Jinping had thought of teaching the Australians a lesson, but it has come full circle as the Aussies are now sending the Chinese packing from the pacific islands.

East Europe has a symbiotic relation with Russia that West Europe threatens to destroy, and the East won’t let it happen