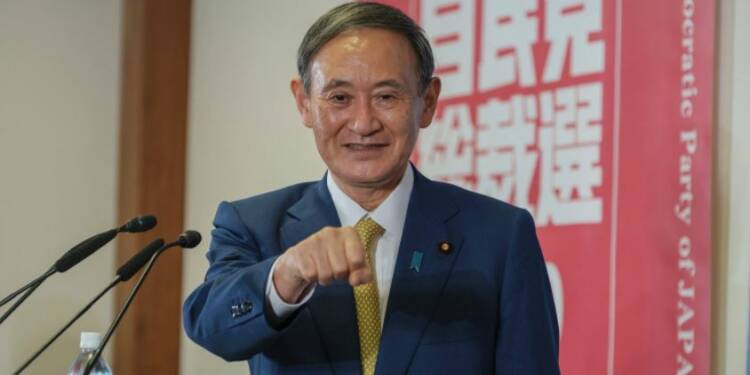 The Japanese government has gone no-holds-bar in making its impact in the Indo-Pacific region, and it is not just the military and strategic affairs that it is making its presence heard but also in the realm of soft power diplomacy. In the pandemic ridden world, while China has employed wolf warrior diplomacy and used social media to intimidate governments and people of different countries, Japan has catalysed its embassy resources via social media to create a connection with countries of the Indo-Pacific.

The 155,000 Instagram followers of the Japanese Embassy in Indonesia frequently know what local dish Ambassador Kenji Kanasugi had for lunch, from clay pot to curry and mie ayam. Since his arrival in Jakarta in January, Tokyo’s former point man for North Korean affairs has been busy promoting Japan. Kanasugi’s appointment as ambassador to Indonesia was part of Prime Minister Yoshihide Suga’s strategic plan to transfer the best and brightest of Japan’s diplomatic corps across the critical Indo-Pacific region. Ambassadors to Australia, Cambodia, and the Philippines have all been chosen in a similar fashion.

As reported by Nikkei Asia, on June 14, Kanasugi was seen at the Jakarta headquarters of the MNC Group, the country’s largest media conglomerate owning four TV stations, to give interviews with two websites it operates. The themes were the Tokyo Olympics, diplomatic and defence cooperation between Japan and Indonesia as well as local cuisine. The interviews were published the very same day. The two websites, respectably the No. 1 and No. 6 most-watched portals in Indonesia, offered the 61-year-old envoy no shortage of eyeballs.

Japan has been offering active military and diplomatic support and is emboldening states to rise against Chinese belligerence. In March, having already backed Taiwan and the Philippines in less than 10 days, Japan is ready to strengthen military ties with Indonesia. The two countries signed a pact on Tuesday allowing the transfer of Japanese defence equipment and technology to Jakarta.

Read more: After backing Taiwan and the Philippines, Japan is set to militarily back Indonesia against China as the US leaves a void

Retno Marsudi, Indonesia’s foreign minister, has said that she has been in touch with Motegi to address the Myanmar situation and COVID-19 responses. Japan’s active participation is important for the region as the US fails to effectively safeguard the smaller nations against Chinese belligerence. While the US is actively getting thrashed by China on international platforms, Japan is surging ahead and providing the much-needed protection and support the smaller states in the region require.

While most of the embassies in Jakarta each have various social media accounts, Japan stands out in the frequency with which the ambassador appears. With the envoy donning Indonesian attire or a Japanese yukata bathrobe, the Japanese Embassy’s Instagram feed is a Kenji Kanasugi slideshow.

Social media interaction is the latest way of furthering soft power into a targeted country, and Japan has been quite efficient at employing it. The bigger the number of followers and likes the more respect politicians and business leaders can expect to receive. Soft power diplomacy can sell the goodwill of a country to the citizens of the directed country without any third party interference and which can in turn make the elected leaders take favourable opinions of the country employing soft power through social media reach and connection.

Japanese ambassadors are also active in other countries, be it in India where they regularly interact with Indian citizens via the cultural programmes organised by the Japan Foundation. As part of the soft power, Indian Prime Minister Narendra Modi is also inaugurating Zen Garden and Kaizen Academy at AMA, Ahmedabad showcasing the close bond between India and Japan.

Banned by Big Tech, Trump makes Rumble his new medium to reach out to his followers. This will be a big jolt to YouTube