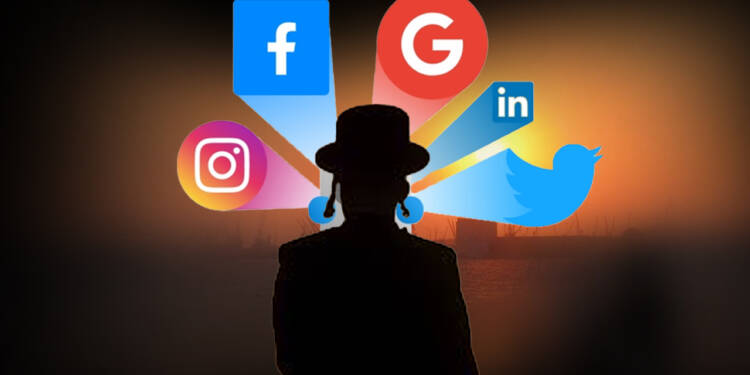 If you remain active on any of the Big Tech platforms, there is an unwritten rule that you should never forget – if you are a Trump supporter, you are a White supremacist who supported Capitol rioting, so you will be banned or censored. On the other hand, if you are an antisemitic who denies the Holocaust or demands the elimination of Israel, you are a free speech warrior who will not be touched at all.

The rule probably sounds discriminatory and absolutely unreasonable. Well, this is exactly our point. Take, for instance, Google’s recent refusal to fire its chief of diversity, Kamau Bobb, who wrote a blog post complaining that Jews “have an insatiable appetite for war.” Similarly, Google defended an employee who shouted,  “From the river to the sea, Palestine will be free,” even though a Jewish co-worker objected to the anti-Israel slogan.

What Google did in the two recent cases is merely another addition to a long pattern of antisemitism going scot-free on social media in the garb of free speech. Let’s talk about Twitter first. The microblogging platform permanently banned former US President Donald Trump, after the Capitol security breach in January. Last month, Twitter also suspended an account for sharing Trump’s posts.

It won’t be wrong to say that Twitter spearheaded Big Tech’s campaign to censor Donald Trump, who was the elected President of the United States of America at the time. Trump was supposedly banned for abetting violence at the US Capitol.

But Twitter isn’t always so enthusiastic about censoring people. Iran’s Supreme Leader Ayatollah Ali Khamenei, for example, gets full access to Twitter for marketing his evil agenda against Israel. In fact, Twitter didn’t even delete Khamenei’s tweets calling the Jewish nation of Israel a “cancerous tumor”.

Testifying before  a US Senate’s Commerce Committee, Twitter CEO Jack Dorsey had classified genocide-seeking Ayatollah’s tweets as “saber-rattling.” He had also said that since Ayatollah’s comments weren’t directed at his own citizens, they were allowed under Twitter’s handling of world leaders.

Please understand what Dorsey said. Twitter’s handling of world leaders allows Ayatollah to call for genocide and wipe out a nation of 9.5 million people. As long as a world leader wants to train guns at the citizens of another country, Twitter won’t intervene, for reasons best known to itself.

Dorsey had also said, “We believe it’s important for everyone to hear from global leaders, and we have policies around world leaders.” He added, “We want to make sure we are respecting their right to speak and to publish what they need.” Well, it seems that, unlike the Iranian Supreme Leader, Donald Trump wasn’t entitled to the benefit of “policies around world leaders”.

This practically means that in Twitter’s rule of governance, you won’t be banned, if you deny that Nazis murdered over six million Jews during the Second World War.

Antisemitic content has thrived on almost all gigantic Big Tech platforms. Take Facebook for instance. Donald Trump was banned almost immediately in the aftermath of Capitol rioting in January this year. But it took a little longer for Facebook to even officially decry antisemitism. Facebook took a total of 15 years to announce that it was banning Holocaust denial and similar distortions across all its platforms.

However, the Anti-Defamation League (ADL) argues that there are “thousands” of examples of “clear cut” Jewish hate allowed to “flourish” on the platform. ADL pointed out seven posts that were reported to Facebook several times but weren’t taken down by the platform on the premise that they didn’t violate Facebook policies. The posts include a picture of a protester holding a sign reading, “Hitler Was Right.”

Absolutely no Big Tech platform can claim to be completely free from antisemitism. And more than the antisemitic content itself, it is the defence of such content that reeks of prejudice against Jews.

Antisemitism continues to thrive on Big Tech, because the left-liberal ideology that dominates such platforms legitimises hate campaigns against Israel and Jews. In the entire process, we are left with a social media ecosystem that bans a former US President but allows anti-semitism to thrive.