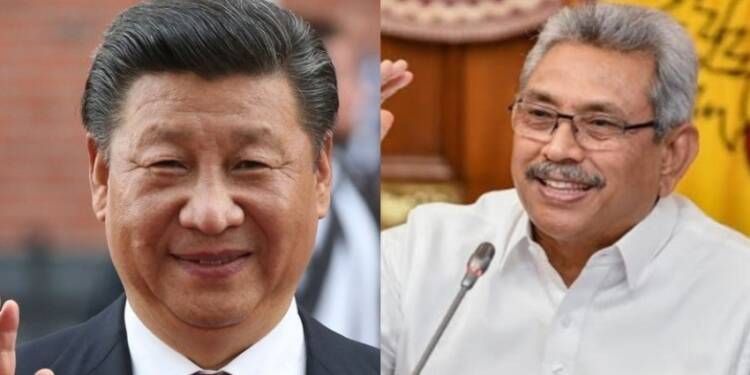 Once bitten, twice shy. It seems that Sri Lanka doesn’t understand this simple pearl of wisdom. The Hambantota port project in the island nation of Sri Lanka is the earliest example of China’s “debt trap” strategy. Sri Lanka itself had to pay the price for trusting China, by losing control over Hambantota port and 15,000 acres of land around it. But Colombo is looking to hand over yet another critical infrastructure project to China.

Clearly, Sri Lanka hasn’t learned its lessons. It has approved a key Chinese project proposal for constructing a 17-km elevated highway on Colombo’s outskirts, which has reignited fears of Chinese control over key infrastructure projects in the island nation.

Last month, China Harbor Engineering Company (CHEC), a subsidiary of the Chinese State-owned China Communications Construction Company (CCCC) won the development  project for constructing the elevated highway on the outskirts of Sri Lanka’s capital. But things aren’t simple and the terms of CHEC proposal are actually a cause of concern.

CCCC, the parent company of CHEC, was blacklisted by the Donald Trump administration in the US last year for helping the paper Dragon build artificial islands in the South China Sea. Also, CHEC itself isn’t free from controversies, and is accused of funding former President Mahinda Rajapaksa’s 2015 election campaign. Presently, Mahinda Rajapaksa is the Prime Minister of Sri Lanka, while his younger brother Gotabaya Rajapaksa is serving as the President of Sri Lanka.

The CHEC proposal allows the Chinese company to own the elevated highway, recover the principal, make profits and then transfer it to the Sri Lankan government after 18 years. If the project goes ahead, CHEC will become the first foreign company to own a highway in Sri Lanka, in what could be described as yet another Hambantota moment for the island nation.

Sri Lanka’s Opposition parliamentarian Harsha De Silva spoke about the elevated highway project. He said that the project has been in the pipeline for several years, and the previous government in Sri Lanka also wanted to construct it.

However, De Silva also told Nikkei Asia, “In 2016, when the government [led by the current opposition] was looking for an investor, a feasibility study indicated that the project [could not] be done on a purely build, operate and transfer (BOT) basis, which CHEC has come forward to do.”

De Silva happens to be an economist by profession. He elaborated that no investor would be able to recover the original investment and also make a reasonable profit simply by collecting tolls on a 17-km highway.

We are inclined to believe what De Silva said. After all, even the Hambantota port project wasn’t the most prudent of infrastructure projects. Sri Lanka had went ahead with the Hambantota project despite adverse feasibility reports and refusal by India.

Financed by the Chinese, the Hambantota port drew only 34 ships in 2012. The Rajapaksa regime was ousted in 2015 but the new government struggled to discharge the debts taken by the Rajapaksa regime. Finally, Sri Lanka had to give up control over the Hambatota port due to rising debt burden. And this was the first evidence of how China’s “debt trap” strategy works.

When Sri Lanka couldn’t discharge debt for Hambantota Port, it lost the port to China. Similarly, if China fails to recover the principal and make reasonable profits out of the proposed elevated highway project, it would ask Sri Lanka to give up control over the infrastructure project.

The island nation is preparing for yet another Hambantota moment, and Beijing would have no qualms in transgressing Chinese sovereignty all over again.

Pelosi in Catch 22 situation: The prospects of Jan 6 riots report look absolutely dim for the Democrats