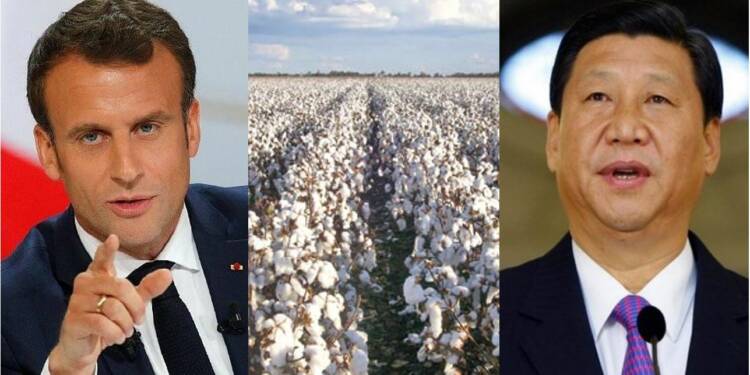 There seems to be no end to the diplomatic spat between China and the European Union. China has been accused of detaining a million Muslims, mostly Uyghurs, in ‘re-education’ camps where they are subjected to brainwashing, torture, and forced labour. China has accused European diplomats of putting ‘unacceptable’ conditions on a visit to Xinjiang. The Chinese mission to the European Union also accused the bloc’s diplomatic arm, of ‘hypocrisy’, in a statement released on Friday after it reacted to a petition about alleged human rights violations in the region with a declaration promising it will address concerns about forced labour.

The Chinese mission’s statement came only hours after the European External Action Service (EEAS), the European Union’s (EU) foreign and security policy agency, said the bloc has taken ‘a firm stance’ on human rights in Xinjiang and would introduce new and due diligence rules to ensure European companies are able to identify and address forced labour risks in their supply chains. In addition to this, French prosecutors have opened an investigation into four firms suspected of concealing ‘crimes against humanity’ in the northwest Xinjiang region. Such wars of words and consecutive French actions against the utilization of the Xinjiang region’s cotton signal towards a more depleted possibility of the EU-China investment deal.

The French investigation focuses on Japan’s Fast Retailing (9983.T), $93 billion Zara owner Inditex (ITX.MC), France’s SMCP (SMCP.PA), which is majority-owned by China’s Shandong Ruyi, and $8 billion Skechers (SKX.N). Given that the majority of Chinese cotton is produced in the region, it is tough to avoid, and tracking it is infamously difficult. Those who have taken a tougher stance, such as $34 billion H&M (HMb.ST), are being boycotted by China. Other European countries will be pressed to follow France’s example. Washington has already seized shipments suspected of containing Xinjiang thread; choosing a side in the fight is becoming more difficult.

Earlier in May, the European Parliament voted to freeze discussions on an investment deal with China until Beijing removes the retaliatory sanctions it imposed on EU officials, diplomats, academics, and researchers in March. The motion stalls a deal that was agreed to, to much fanfare by top EU and Chinese leaders in December. The Comprehensive Agreement on Investment (CAI) needs the parliament’s blessing before it becomes law, but members voted not to even consider this while the sanctions remain in place.

During Trump’s presidency, especially during the last moments, China feared excessive actions by the USA and thus, in its desperation, agreed to go for a more EU-friendly investment deal. However, as soon as Joe Biden took charge as the US President, the Chinese Communist Party (CCP) thought that it was in a stronger position to make the deal more favourable to itself and employed the infamous ‘wolf warrior diplomacy’ for ensuring the same.

Since long, China has refuted the charges, claiming that its actions are intended to combat extremism, manage ethnic conflicts, and alleviate poverty in the resource-rich province. As per the Chinese mission statement, it also invites critics to visit the region and has organized excursions for diplomats and foreign media. Since 2019, more than 1,200 diplomats from nations such as Saudi Arabia, Algeria, Egypt, and Russia have visited the region, according to Beijing.

However, critics have claimed that the tours are stage-managed and have urged Chinese officials to allow an impartial examination which can be gauged by the countries that have sent their own delegations. These latest developments and China’s reluctance to allow the visit by an EU delegation as well as the action of the French government have made the possibility of the EU-China investment deal even more far-fetched.