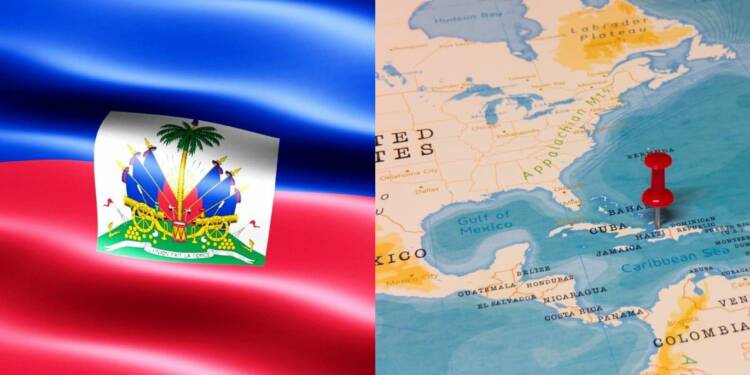 President Jovenel Mose of Haiti was assassinated in a brazen attack at his private residence on Wednesday, adding to the Caribbean country’s upheaval and heightening worries of more widespread political violence. Claude Joseph, the interim prime minister, branded the president’s assassination a “cowardly assassination,” urged the country to “remain calm,” and sought to convince Haitians and the rest of the world that the police and army were in charge of the situation. But such has been the political and socio-economic history of Haiti that even events such as an assassination are not even considered as a shocking news.

Haiti could be one of the best and most beautiful tourist destinations in the world. Situated in the Caribbean, Haiti is approximately the size of the state of Maryland. It was considered France’s richest colony in the eighteenth century after the French colonized it a century prior. For two hundred years prior to the French colonization, the island was under Spanish rule from 1492 after Christopher Columbus arrived at the island of Hispaniola.

After French colonisation, the island’s tribal population was exterminated and as a result, Africans from West Africa were as slave labour to produce raw goods for international commerce. Haiti was once referred to as the “jewel of the Antilles.” From 1791 through 1804, Haitians rose against the French, protesting their exploitation. Haitians changed their colonial name from Saint Domingue (a name provided by the French) to Haiti, or Ayiti in Kreyl, after they gained freedom in 1804 under former slave Jean Jacques Dessalines who was assassinated in 1806.

In 1915 Haiti was occupied by the United States until 1935. The United States changed the Haitian constitution, and it became one of the most probable reasons for Haiti’s instability through the years. Even after its withdrawal the United States kept financial control over the island and exerted extreme political influence.

Haiti’s culture and history are complicated, rich, fascinating, and chaotic, with tales of resistance, revolution, and instability. However, one of Haiti’s most important characteristics is its resiliency. Despite slavery, many coups, various occupations, and militarization, Haiti battles to maintain its independence.

The current political turmoil is in line with the history of political turmoils Haiti has endured in the past. In 1937, Haiti suffers its worst incident in a long-standing rivalry with the Dominican Republic. Thousands of Haitians are massacred by Dominican troops on the orders of the dictator Trujillo.

Since 1957, for nearly three decades, Haiti suffered through one of the most brutal dictatorial regimes the world has ever seen. Francois Duvalier, known as Papa Doc and then his son, Jean Claude, known as Baby Doc, ruled the island. It was a period of immense human rights abuses and as a result, thousands of Haitian boats sailed to Florida, although many Haitians died on the way.

In 1990, Jean-Bertrand Aristide, a priest from a dishevelled neighbourhood, became Haiti’s first democratically elected president. He was toppled in a coup in less than a year, and then returned to power in 1994 with the support of tens of thousands of American troops.

In 2000, Aristide was re-elected, but after another armed rebellion, he was forced to flee the country and went into exile. He has referred to it as a “kidnapping” perpetrated by foreign entities like the US and French governments.

A devastating Earthquake flattened Haiti in 2010, with casualties between 200,000 to 300,000 people. The disaster was seen as an opportunity to take start fresh and new with the help of foreign donations. More than $9 billion in humanitarian assistance and an additional $2 billion worth of cheap oil supplies from Venezuela poured into the island.

However, the money failed to set Haiti on a new path. Soon after the shattering earthquake, the country was hit with a Cholera epidemic which resulted in the death of at least 10,000 Haitians. It was later revealed that the UN peacekeepers were responsible for the outbreak, however, the UN denied any legal responsibility.

Michel Martelly, a former pop star who became president in 2011, was accused of extensive corruption and mismanagement of rehabilitation funding. Over the course of eight years, much of the $2 billion granted to Haiti by Venezuela was embezzled or wasted, according to reports by Haitian court-appointed auditors.

In the years that followed, Haitians fed up with their administration protested, demanding Martelly’s resignation due to continuous economic doldrums, increased crime, and corruption. But he clung to power, and after a single term, he chose Moise to succeed him in the 2015 elections.

Organized crime has cropped up extensively as new leaders have emerged, who have taken over parts of the capital over the past year after the pandemic led to a political deadlock. Kidnappings, lootings, and gang-related violence have rendered areas of the country ungoverned, making many Haitians afraid to leave their homes and compelling several humanitarian groups, on which many rely for survival, to scale back their operations.

In the lack of a functioning government, human rights organisations have connected an increase in gang violence to the country’s political impasse, accusing senior politicians of collaborating with organised crime to intimidate opponents and settle scores.

Moise has now been assassinated and another political turmoil has already begun. Whether sinister international agenda or a power struggle led to the assassination remains to be seen but whatever be the case it is just another page in a long history of Haiti’s political turbulence.

Was the Haitian President assassinated by the CCP?