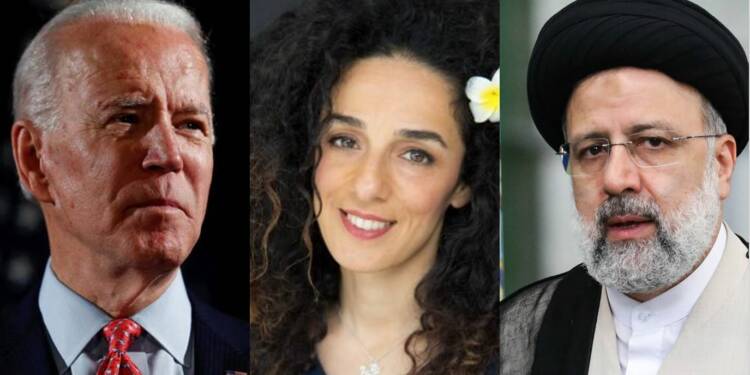 The regime in Iran has been emboldened by the Biden administration’s reconciliatory foreign policy. So much so, that it planned to kidnap an American journalist on the United States’ soil and was confident of no repercussions. A stunning worldwide kidnapping scheme has been revealed in an unsealed Justice Department indictment on Tuesday. Alireza Shahvaroghi Farahani, an Iranian intelligence official, and three other foreign intelligence assets conspired to kidnap Iranian American author and journalist Masih Alinejad from her home in Brooklyn, according to federal prosecutors.

The Biden administration is very enthusiastic about lifting stringent sanctions imposed on Iran by former President Donald Trump, and finalising the infamous nuclear deal. The US sanctions have severely battered the Iranian economy. Iran would have fallen in line all by itself – without a nuclear deal, had the Biden administration allowed the sanctions to continue. Just for how long could Iran have managed to survive while having its economy in deep freeze? That’s right. Not long. Yet, Joe Biden and his aides are trying to woo Iran and bring it back to the 2015 nuclear deal like there is no tomorrow. And the sanctions removal spree has started.

Read more: The US should have tightened sanctions on Iran, instead it is removing the existing ones.

According to a report that Iranian Foreign Minister Mohammad Javad Zarif gave to Iran’s parliament on Monday, the Biden administration has offered a host of sanctions relief, including the removal of the foreign terrorist organization designation from the extremist Iran Revolutionary Guard Corps, and the removal of sanctions on the office of the Supreme Leader and of all related sanctions on Iran’s economy. In the face of such pampering by the Biden administration, Iran has gained the confidence to act on US soil with absolute surety of no repercussions.

Alinejad is a strong supporter of women’s rights and a vocal critic of Iran’s Islamic Republic. She has covered extensively on the regime’s human rights violations, particularly those committed against women, as host of Voice of America Persian’s show Tablet. “More ladies from inside Iran [are speaking out] against #ForcedHijab & risking jail by saying No to Islamic Republic….Iranian people risk everything to reject the whole regime,” she tweeted in favour of Iranian women opposing rules requiring head coverings. Despite her citizenship and residency in the United States, the abduction plot demonstrates that Alinejad was also putting her life on the line by speaking out from Brooklyn.

More women from inside Iran making videos against #ForcedHijab & risking jail by saying No to Islamic Republic.
This is a development not seen by Western media. While the west is trying to shake hand with the regime, Iranian people risk everything to reject whole regime. #No2IR pic.twitter.com/z42xRs7CK6

The indictment lays out a complex kidnapping scheme orchestrated by the Iranian intelligence network. According to reports, planning began in June 2020.

The operatives plotted routes from her home to the shore in the hopes of luring her into a rented high-speed military-style boat bound for Venezuela, a socialist country sympathetic to Iran. They planned to kidnap Alinejad and deport her to Iran after that. Farahani, Mahmoud Khazein, Kiya Sadeghi, and Omid Noori are the four kidnappers named by the FBI. All of them are currently on the run in Iran.

This is my latest statement for @VOAIran about the Islamic Republic of Iran's Ministry of Intelligence plot to kidnap me from Brooklyn. I'm glad to be alive and appreciate your support.

Spare a thought for many other Iranian dissidents kidnapped and executed by this regime pic.twitter.com/bts6WR7D5Q

In a statement, Audrey Strauss, U.S. attorney for the Southern District of New York, lamented, “A U.S. citizen living in the United States must be able to advocate for human rights without being targeted by foreign intelligence operatives.” Indeed, the foiled plot represents a chilling attempt by foreign actors to silence an activist exercising her right to free expression on American soil.

One thing the US government is not asking is why the Iranian regime suddenly became confident in its ability to succeed in these attempts with no fear of retaliation. The answer is simple: Iran is fully aware that Biden will not hold it accountable for any of its excesses.