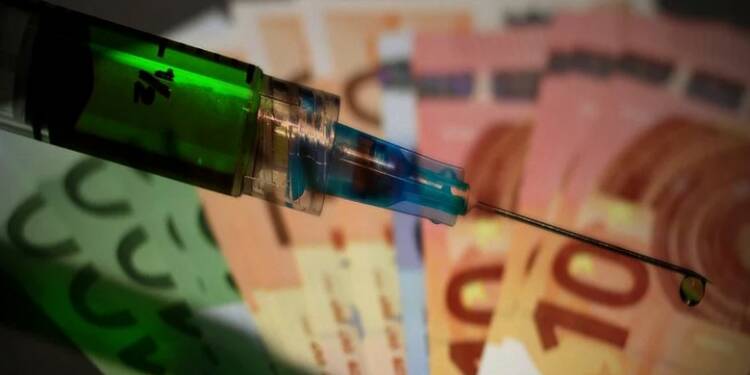 If someone wants to look at how low these pharma companies can stoop to maximise their profits even when the whole of humanity is facing a global pandemic, look no further than Pfizer. While the Pfizer company tried to hide its manufacturing and supply agreements behind confidentiality, the alleged vaccine agreement with the Albanian government has seemingly spilled the beans. It elaborates on the crony capitalist, profit maximisation and neo-colonial approach of the pharma company. After this allegation, Pfizer has a lot to answer for.

Pfizer has been extremely aggressive in trying to protect the details of its international COVID19 vaccine agreements. However, the latest leak claimed by Twitter user Ehden, who is an information security and privacy professional based in the United Kingdom, has revealed startling details allegedly about the Pfizer vaccine agreement with the Albanian government. It is in some sort similar to the Pfizer vaccine agreement Western powers would have made with their colonies, these are the modern formulation of unequal treaties.

However, "Pfizer shall have the right to assume control of such defense… and Purchaser shall pay all Losses, including, without limitation, the reasonable attorneys’ fees and other expenses incurred."#PfizerLeak#Pfizer pic.twitter.com/QRNqbjHuXF

The alleged leaked confidential Pfizer vaccine agreement is with the government of Albania and it not only covers the manufacturing of vaccines for COVID19 and its mutations, but also for “any device, technology, or product used in the administration of or to enhance the use or effect of, such vaccine”. So here vaccine is used as an umbrella term for everything related to vaccines under the sun. The alleged vaccine agreement does not allow signatory countries to escape their contract, which states that even if a drug will be found to treat COVID19 the contract cannot be voided. This is the reason why many governments were not enthusiastic about employing Ivermectin, given it would have only added to the cost.

So this is one of the many examples in the alleged Pfizer vaccine agreement which raises suspicion about Pfizer being more concerned about maximising profit rather than using its resources for the betterment of the people. The alleged vaccine agreement goes on to say, while Pfizer shall not be liable to the failure to deliver doses in accordance with est delivery dates, it will have the power to decide on necessary adjustments to the number of contracted doses and delivery schedule due to the purchaser based on principles to be determined by Pfizer and the purchaser shall be deemed to agree to any revision, decided by Pfizer.

It further states that the purchaser hereby agrees to indemnify, defend and hold harmless Pfizer, BioNTech (and) their affiliates from and against any and all suits, claims, actions, demands, losses, damages, liabilities, settlements, penalties, fines, costs and expenses. So the purchaser state has been made responsible to save this big pharma company, against the complaints of its own citizens. Through the allegedly leaked confidential vaccine agreement, the Twitter user claims that Pfizer shall also have the right to assume control of such defence and the purchaser shall pay all losses, including, without limitation, the reasonable attorneys’ fees and other expenses incurred.

To further raise questions about profit maximisation and hollow ethics of the company, the alleged Pfizer vaccine agreement revealed that the vaccines were sold for $12 to Albania, while it was sold at the rate of $19 per shot in the US and Israel.