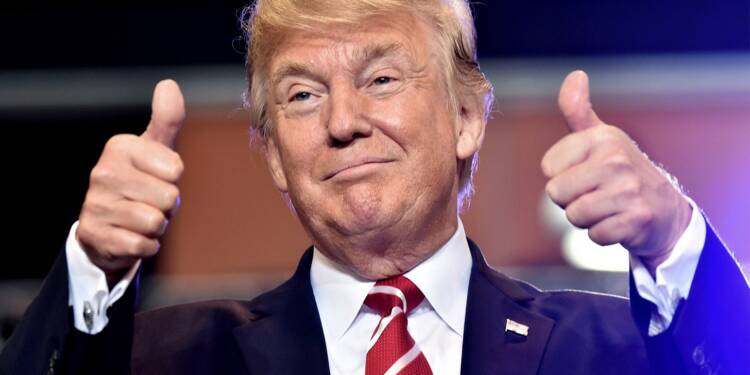 Donald Trump is not playing any games. He is planning to contest the 2024 presidential elections, and has begun showing the Democrats what it’s going to look like for them in the near future. By running for the White House once again, Trump wishes to restore American values and sanctity back to the government. Currently, the United States is being led by a deracinated bunch of wokes, who have one single mandate – to run-over everything American. Liberals, Democrats and their puppet-like media are all well aware of the fact that Donald Trump is coming for them once again and this time Arizona, which is why they have begun an entire campaign to discredit the man and portray him as a spent force in politics.

Groups connected to prominent supporters of former President Donald Trump movement to verify the 2020 election results have raised more than $5.7 million for Arizona Republicans’ election audit. According to the Associated Press, the money from pro- Donald Trump groups dwarfs the $150,000 contributed by the Arizona Senate, which commissioned the audit and hired Cyber Ninjas. Among those leading the fundraising groups are Michael Flynn, Trump’s former national security advisor; Sydney Powell, his attorney; Patrick Byrne, a former chief executive of Overstock.com; and correspondents from the pro- Donald Trump One America News Network.

The point here is simple – if Donald Trump can raise $5.7 million for a mere election audit for the Arizona, one can only imagine how much he would be able to raise for his own election campaign. Meanwhile, Trump’s ability to raise millions of dollars for an election audit shows just how much influence the man has. This is in direct contestation to the narrative being peddled by liberals – of Trump no longer having the game in him.

TFI Global had already explained how the likes of NYT, CNN, Washington Post, MSNBC and others are about to have a fit of pleasure – since a candidate who Trump threw some of his weight behind in an intra-Republican runoff election in Texas, happened to lose. That is exactly what happened. However, news of Donald Trump being able to raise $5.7 million for the Arizona election audit simply foiled all liberal plans of discounting the 45th President. Although, by now, the leftist media had already done the job that was expected of them.

Read more: CNNs, NYTs and MSNBCs will now be predicting the end of Trump based on a Republican Primary loss

MSNBC, for instance, published a story titled, “Trump’s endorsement proves irrelevant in Texas special election,” in which it called the former President a failure. “This matters because for Trump, the power of his endorsement is supposed to be among the most powerful arrows in his quiver. Republicans are supposed to tremble in fear at the very idea of losing favor with him, because his all-powerful endorsement is the key to unlocking electoral success,” MSNBC said, just as we had predicted.

Donald Trump returning to Arizona as 2020 election review drags on

CNN was not far behind. In a piece titled, “Donald Trump’s hilarious attempt to suggest he actually won in a special election loss,” CNN’s Chris Cillizza said Trump had made it a habit to search for scapegoats when things didn’t go his way. However, as reported by TFI, voters and Trump allies themselves said the former President was given wrong inputs regarding the candidate he endorsed. Meanwhile, the Washington Post remarked that “Trump’s diminished power is projecting at a very bad time”, while Politico claimed that Trump’s advisers were in a huddle as to how the defeat of a Trump-endorsed candidate in Texas could take place.

Meanwhile, Arizona 2020 election audit for Donald Trump is also pondering over the possibility of becoming House Speaker in 2022. The mere thought of Donald Trump as the House speaker would sound like reason enough for Joe Biden to simply resign. Every top Biden official and every Democrat in the United States is well aware of what Donald Trump would do to them as House Speaker, especially keeping in mind what Nancy Pelosi did during the Trump presidency.

Donald Trump is in no mood of retirement. He has set his eyes on the White House, and is taking steps to bolster his candidature prior to 2024. A major role will be played by the 2022 midterm polls, in which Trump hopes to install a GOP majority in the House. Knowing that Trump is formidable, liberals and Democrats are trying to play mind games and derail his campaign even before it kicks off. Their devious designs, however, are bound to bite the dust.