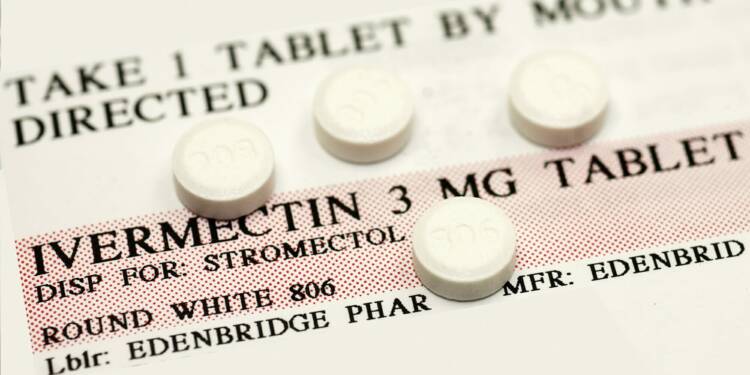 The world is reeling under a Pandemic. So, what do you think will happen, if and when, the world finds an effective cure for treating COVID-19. You would think that the current would be shared and humanity would be saved from the devastating Pandemic, right? Well, the problem is we don’t live in a very kind world.

Presently, it is the nexus between Big Pharma and the World Health Organisation (WHO) that controls the global health system, and it seems to be attacking a drug called ‘Ivermectin’ for purely monetary reasons. Ivermectin is an orally administered, anti-parasitic drug, which emerged as a viable treatment option for COVID-19 infections. However, the WHO and other regulatory agencies have disapproved of its use outside clinical trials. So, the big question is why Ivermectin has been discarded unceremoniously?

Unfortunately, the answer to the all-important question bobbling in our heads may not lie in scientific or medical explanations. In fact, the reason behind its rejection seems more commercial than humanitarian.

Information security expert Ehden Biber spoke to America’s Frontline Doctors (AFLDS) Frontline News claimed to have accessed alleged contracts that were digitally signed between Pfizer and certain governments. According to Biber, one of these contracts was Brazilian, and at least two others, with the European Commission and the Dominican Republic.

In a Twitter thread, which has now been deleted, Biber is said to have explained the relevance of the said agreements. He said, “Because the cost of developing contracts is very high and time-consuming (legal review cycles), Pfizer, like all corporations, develops a standardized agreement template and uses these agreements with relatively minor adjustments in different countries.”

Biber reportedly alleged, “The agreement not only covers manufacturing of vaccines for COVID-19 and its mutations, but also for ‘any device, technology, or product used in the administration of or to enhance the use or effect of, such vaccine.”

He further alleged, “If you were wondering why Ivermectin was suppressed, it is because the agreement that countries had with Pfizer does not allow them to escape their contract, which states that even if a drug will be found to treat COVID-19, the contract cannot be voided”.

And then Biber claims that there are many other exploitative terms of bargaining in the contract. He, for example, alleged that one of the terms stated, “Supplying the product: ‘Pfizer shall have no liability for any failure to deliver doses in accordance with any estimated delivery dates… nor shall any such failure give Purchaser any right to cancel orders for any quantities of Product.’

Biber has listed a number of no-liability clauses and exemptions over delays, product specification, the emergence of alternatives, etcetera, for the supplier as a part of the alleged terms of the agreement between Pfizer and governments for the supply of vaccines.

It is undoubtedly true that Big Pharma has not behaved in an altruistic way after the outbreak of the COVID-19 Pandemic. From the word go, it seemed that profit-making was considered more important than ending the Pandemic. The WHO too seemed untrustworthy and was clearly driven by extraneous factors.

In the case of Ivermectin, the WHO was the first one to advise against its use for treating COVID-19. It stated, “The current evidence on the use of ivermectin to treat COVID-19 patients is inconclusive. Until more data is available, WHO recommends that the drug only be used within clinical trials.”

WHO’s advice was followed by similar remarks by the United States’ FDA and the European Medical Agency. Now, governments across the world are dropping Ivermectin from COVID-19 treatment. The reason being given is the “lack of evidence” of its efficacy. But then many other drugs are being currently administered to COVID-19 patients for treating them though their efficacy is not strictly and properly established. So, why is Ivermectin being singled out?

In the case of Ivermectin, the review of available data published in the May-June issue of the American Journal of Therapeutics suggested that it could be a viable treatment option. Pierre Kory, President and Chief Medical Officer of the Front Line COVID-19 Critical Care Alliance (FLCCC)- an expert group that led the study said, “We conducted the most comprehensive review of the available data on ivermectin.”

The authors of the said study claimed a large and significant reduction in mortality, time to recovery, and viral clearance in Coronavirus-infected patients who were given Ivermectin.

In India, the drug was being prescribed and used regularly, and the Health Minister of India’s Goa state Vishwajit Rane had said, “Patients will be treated with ivermectin 12mg for a period of five days. Expert panels from the UK, Italy, Spain and Japan, found a large, statistically significant reduction in mortality, time to recovery, and viral clearance in COVID-19 patients treated with Ivermectin.”

In fact, the Indian Bar Association (IBA) sued WHO Chief Scientist Dr. Soumya Swaminathan over a tweet against the use of Ivermectin in COVID-19 cases. The IBA brief alleged, “That your misleading tweet on May 10, 2021, against the use of Ivermectin had the effect of the State of Tamil Nadu withdrawing Ivermectin from the protocol on May 11, 2021, just a day after the Tamil Nadu government had indicated the same for the treatment of COVID-19 patients.”

So, why did Ivermectin suddenly fall out of use? Why did WHO suddenly feel the need of issuing an advisory against it? The most important question however is if the rejection of Ivermectin is a consequence of the nexus between the WHO and Big Pharma. And quite suspiciously, it does seem so.