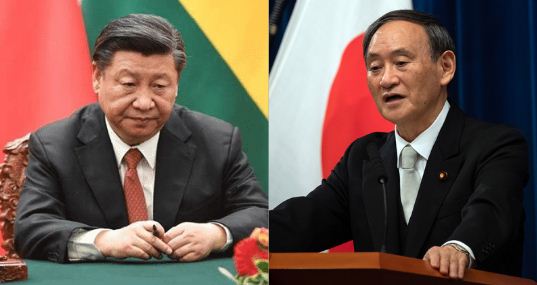 Chinese President Xi Jinping seems to think that he can punish anyone and everyone on this planet. Take Japan for instance. A desperate Xi Jinping wanted to punish Japan by using its so-called monopoly in the rare earth metals sector. However, an argus-eyed Japan has foiled China’s plans by adding rare earths to a list of industries subject to tougher restrictions on foreign investment. Some other strategic metals like cobalt and titanium have also been included in the list.

For those unversed, rare earth elements, a suit of 17 elements, are strategic assets. Rare earth elements like neodymium, which is used in magnets, and Lanthanum, Scandium, Europium all have unparalleled significance in the tech, IT and defence sectors. They are used in the manufacture of semiconductors, batteries and defence systems. Production of fighter jets, hypersonic missiles, electric cars, satellites, smartphones, lasers and radiation-hardened electronics- everything is dependent on this group of 17 elements.

China is estimated to have around 37 per cent of the world’s rare earths metal reserves. Even though China is not the only country with considerable rare earths reserves, it has dominated the sector owing to a spurt in production driven by State-funding in infrastructure and technology since the 1990s.

China presently accounts for around 70 percent of the world’s rare earths production. China guards its domination in the rare earths sector zealously and has agreed to get into bed with Taliban predominantly because of the huge reserves of the rare earth metals in Afghanistan.

The importance of rare earth metals is growing rapidly in the context of a global shift away from the use of fossil fuels. Japan itself has set some really ambitious emissions reduction targets, which will invariably require it to tap into rare earths for sustaining its Electric Vehicles (EV) sector. This is why Tokyo needs to maintain a smooth supply of rare earths.

Within Tokyo, there have been worries about China weaponising its stronghold in the strategic rare earths sector to hurt Japan. In Japan’s case, it is not China’s domination of the rare earths sector but the predatory Chinese investments that have become a matter of worry.

However, there was always a possibility of unwanted takeovers by Chinese interests, who could have then blocked Japan’s rare earth imports. The ruling Liberal Democratic Party (LDP) has been exploring ways to keep Japan immune from predatory Chinese investments. In fact, the LDP has proposed a monitoring system that would allow the government to closely watch companies after foreign investment.

Japan has been clearly more proactive than China when it comes to the rare earths sector. This is why Japan was able to beat China in 2010 and has beaten it again in 2021. The rare earths industry is a budding sector with almost unlimited potential at this stage. Reserves of these metals have been found in several parts of the world, including Japan itself.

Now that Japan has averted China’s attempts to block rare earth supplies, the Suga government can embark on a rare earth metal exploration spree and shore up production levels in order to end Chinese monopoly in the sector. Japan has therefore outsmarted China in the rare earths sector all over again.

Taliban is already getting a taste of its own poison