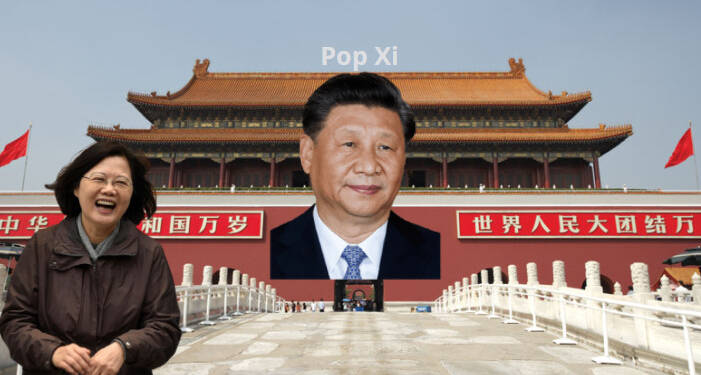 China has tried to use social media and other platforms to make sure that its narrative is stemmed in the minds of the people world over. However, just like always, Taiwan has again shown China that it can demolish all the efforts to build a positive narrative for Beijing as and when it wishes so. With the latest viral meme game of Xi Jinping has taken the internet on fire and may have set Jinping on fire too. The game places Chinese leader Xi Jinping in Tiananmen Square. When clicked, he transforms into Winnie the Pooh and says, “We reminisce about them.”

This meme game must have hit all the right notes as it shows that the Chinese Communist Party is not entirely in control of managing the internet to suit its agenda. If anything, the most a megalomaniac autocrat detests is the fact that he is not in control of something, and the fact that Taiwan’s people are able to create and make viral such a meme game must have hit the nerves of Xi Jinping.

The game’s images, videos, and memes have quickly spread over Taiwan’s social media. On Facebook, players joked that numerals like 890604 or 19890604 (in allusion to the historic Tiananmen Square Massacre) should be set as important milestones for the game.

Meanwhile, Taiwan is at the top of the list, with Hong Kong in second place and Malaysia in third. The number of clicks people have made from the country determines the leader of the Pop Xi game. Interestingly, despite the Winnie the Pooh meme being completely restricted, China is ranked 11th.

The United States of America is ranked eighth, while India is ranked 28th. While the ranks have changed since, but they have gone from bad to worse for CCP. The fact that Chinese people are also clicking and popularising the meme only goes on to show the extent to which resentment against Xi Jinping has reached. And these statistical figures must send signs of worry to the government in Beijing and its leader Xi Jinping.

“I wasn’t originally planning on launching the game today,” said the admin of Taiwan Meme, who created the game in collaboration with a well-known app maker from Taiwan known as “Matt.” According to Taiwan News, the two people said they couldn’t provide their true names because they were afraid of denial-of-service (DDoS) attacks.

When users complained that the game was slowing due to heavy traffic, the two paid-for enhancements were out of their own pockets. By Saturday afternoon (Aug. 21), the global click count had surpassed 70 million, with roughly 35,000 clicks arriving every second. “Taiwan Meme” is a meme creator who uses Facebook, Instagram, Twitter, and Clubhouse to share his creations. It is well-known for producing satirical memes in response to current events.

It is not just the meme that may hurt the fragile ego of Xi Jinping but the fact that after pumping billions in managing international media houses and utilising the Chinese tech sector to make sure Beijing’s narrative is heard loud and clear. So much so that it can even stifle the true voice.

However, even after all these efforts, it took just two people who make memes to show CCP its place and make it realise that the internet is so vast that any megalomaniac will fail to gain total control of the same. Going ahead, the meme may lead to a slew of many other memes which when popularised in China at a time when it is facing a serious economic downturn may have a serious socio-political impact.