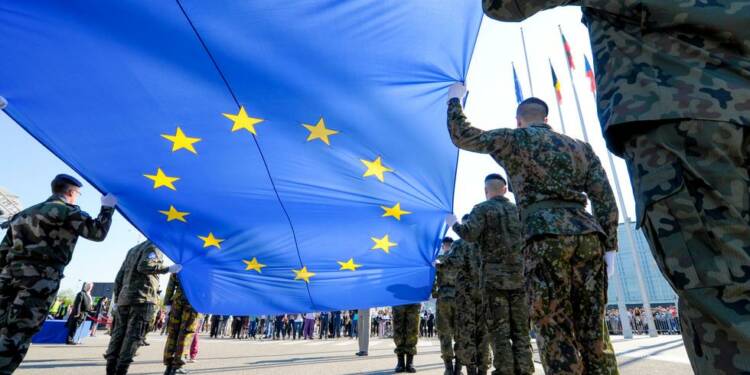 The leadership of the USA is in question, as it withdraws from Afghanistan in the worst with the abdication of responsibilities and leaving everything in the hands of an internationally designated terrorist group, the Taliban. Among other things, this has made the European Union consider the possibility of a situation where they are not shielded by the American security umbrella. With the EU looking for a structure in the absence of the US, any possibility of a NATO army dies. Therefore, the current atmosphere of international geopolitics has brought back an old and partially forgotten demand for an EU Army.

Despite years of fruitless debate and opposition from member states, the EU’s foreign policy leader has stated that the US withdrawal from Afghanistan will “catalyse” the establishment of the EU’s own permanent military force. Josep Borrell, the EU’s high representative for foreign affairs, said during a meeting of EU defence ministers that the time has come to build an active EU expeditionary force, which some top European politicians have referred to as an army.

Despite their desire for Western forces to stay in Afghanistan to prevent the country from falling into Taliban hands, European countries withdrew alongside the USA. For their military commitment in Afghanistan – and then for the safe evacuation of their nationals – Washington’s NATO partners relied on US logistics and aircraft support. For some, the current state of affairs has reignited talk of a European military, with the EU’s top diplomat personally pressing the group to form one.

In a tweet later on Thursday, German Defense Minister Annegret Kramp-Karrenbauer said that “coalitions of the willing” may act following a “joint decision of all” EU states. In November, AKK, as she is known, wrote an opinion piece for Politico stating that “illusions of European strategic autonomy must stop,” and that “Europeans will not be able to replace America’s important role as a security provider.”

The desperate evacuation campaign of the United States of America and its allies from Afghanistan has dealt a huge dent in the image of Washington as the undisputed leader of the free and democratic world order. Currently, the U.S.A has been reduced to an object of global shame and ridicule due to Joe Biden’s catastrophic and ill-thought surrender to the Taliban in Afghanistan. Leave alone evacuating friends of America and its allies, the United States is not even able to successfully evacuate its citizens from Afghanistan. And mind you, those who face the prospect of being left behind are people who have helped the U.S. and its allies throughout the 20-year long inconsequential war in Afghanistan.

Had it not been for them, the U.S. would have been chased out of the war-torn country much earlier. Now, when the Biden administration was supposed to ensure the safety of such people, it has simply shrugged off all responsibility. And this shameful conduct on the part of the Biden administration has not gone down well with Washington’s allies. Most recently, USA ally France blasted Joe Biden for his mishandling of the situation in Afghanistan. During a phone call with Joe Biden, French President Emmanuel Macron did not hold back and gave a good dressing down to the Democrat president. France’s official ‘readout’ of the August 19 call highlighted how Marcon had upbraided his US counterpart over his sudden withdrawal from Afghanistan.

The overall atmosphere in Europe is of shock, as it can see the international status quo crumbling. In 1999, the EU committed to building a force of 50,000-60,000 soldiers that could be deployed in 60 days. In 2007, the bloc established a network of two “battlegroups,” each with 1,500 troops. They have been languishing since then. However, the current circumstances have reignited the debates for an EU Army, whose details can be discussed separately. And by doing so, the West has openly rejected the American leadership.