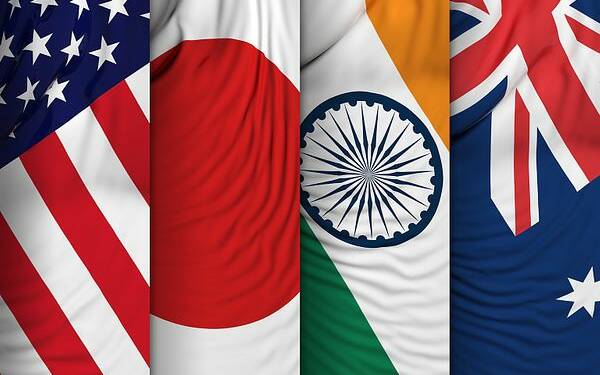 A four-letter word that was flaunted as an idea, has gained popularity, making things complex for China. ‘Quad’, a grouping of four like-minded democracies, which not long ago was considered as foam in the ocean, has become a cause of constant concern for Beijing. Now, the same Quad could very well officially forge an alliance to save Taiwan from Chinese belligerence and Beijing is really not happy with the prospect. Recently Taiwan irritated China even more on Friday when it publicly thanked participants of the Quadrilateral Security Dialogue (Quad) for including peace and stability in the Taiwan Strait during Thursday’s virtual discussions with their top officials. Global Times also published an article – Kelly Craft’s security ‘support’ to Taiwan was nothing but provocation toward the Chinese mainland.

The Taiwanese government organised a “Ketagaland Forum” on Tuesday, inviting retired anti-China lawmakers from the United States, Japan, and other nations to discuss the Taiwan issue. Kelly Craft, a former US ambassador to the United Nations, argued during the gathering that Taiwan’s fate is linked to US national security and that without Taiwan, the US risks losing the Indo-Pacific area. She also expected Taiwan to participate in a Japanese naval exercise and be included as a “plus one” member in the Quadrilateral Security Dialogue (Quad).

These propositions have hurt the CCP and the Chinese communist media so much that they provided a whole slew of reasons why this cannot happen. It mentioned that the importance of Taiwan does not outweigh the need for peace and stability in US-China ties. The United States cannot afford a full-fledged confrontation with China, and it will not engage in a direct military clash with China over Taiwan. After more than a half-year of review, US policymakers still believe they should keep to their vagueness when it comes to their “Taiwan security commitment” (strategic ambiguity rather than strategic clarity). According to this approach, the United States’ so-called “support” for Taiwan serves merely to irritate and upset China, not to ensure Taiwan’s “security,” much alone provide something Taiwan can count on.

However, earlier in joint declarations with Japan and South Korea, the United States was effective in addressing the Taiwan Strait. More crucially, it was mentioned during the recent G-7 session, which Prime Minister Narendra Modi practically attended. Now, the addition of language on the Taiwan Strait, according to analysts, is the first time it has surfaced or reappeared in several years.

While the Indian, Japanese, and Australian readouts of the Quad meeting of senior officials did not mention Taiwan, the US statement revealed that it was a topic of discussion, along with North Korea, the East and South China Seas, and Myanmar. Taipei rubbed it in even more by noting that Taiwan “sits at a vital position in the first island chain off the Asian mainland,” and complimented US Vice President Joe Biden in particular for his reaffirmations.

Earlier while Donald Trump had not mentioned Taiwan Strait, his Secretary of State Mike Pompeo had last year mentioned China as an aggressor in “South (China Sea), in the East China Sea, the Mekong, the Himalayas, the Taiwan Straits.” And now as it has been included by the Quadrilateral Security Dialogue (Quad), it could lead to them officially forging an alliance to save Taiwan.