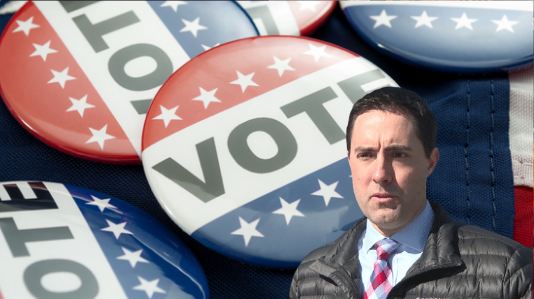 As the mid-terms are coming closer and with the sights set for 2024 elections, Republican states have decided that they will make sure that there is no voter fraud in the first place. Ohio’s Secretary of State Frank LaRose verified that county election boards in the state have begun the process of deleting inactive voters and those who have relocated out of the state from voter registers this week.

According to LaRose, a Republican, the four-year procedure for purging inactive voters targets people who have not voted in two years or whose residences have moved, and whose voter registration must be amended to reflect the change. The Republicans have been trying their best to make sure there is no scope for voting fraud, or at the moment of counting.

It cannot be denied that the last US Presidential elections were the most controversial in the recent history of the United States of America. However, with the help of its control over the large swath of mainstream media, the Democrats were able to push the issue under the table and ostracized anyone who even dared to ask a question. However, the Republicans have not relented in their efforts to unearth the reality and it is leading to a reaction by the Biden administration.

Earlier this year, Democrats wanted to push through an Election Reforms Bill, or what is officially called For the People Act. It is an egregious legislation that seeks to federalise elections in the United States. For the People Act was first introduced by Democrats two years ago, but since Republicans had a majority in the Senate, the legislation, fortunately, got blocked. Now, Democrats want to get it through Congress, so that they never have to relinquish power again.

The main conflict is between the right of American states to decide how elections are conducted and the ambitions of Washington Democrats to dictate terms. For the People Act is a charter in fulfilment of Democratic demands like no-excuse absentee voting, mandate early voting and allow same-day registration, amidst a number of other measures that tend to completely unregulate federal elections.

Read more: Biden is set to snatch the right to conduct elections from states thus ensuring a Democrat government in the USA forever

Now in Ohio, inactive voters can stay on the registers for the following four years by voting in any election, filing an absentee ballot application, registering to vote, or completing other election-related actions, he stated in a Sept. 1 news release. “If a registration in confirmation status does not engage in any such voter activity, the registration will be at risk of cancellation beginning in 2026,” according to the announcement. “It is also crucial to highlight that any registration that engaged in any of the voter-initiated activity over the past two years… will not receive a confirmation notice,” the secretary of state’s office noted.

According to LaRose, the move is required because inactive or abandoned voter registrations clutter up Ohio’s voting systems, make it more difficult for staff to execute their jobs, and jeopardise the state’s election integrity. LaRose also urged for the passage of a GOP-backed voting law to update the state’s election systems, which was filed in the state Legislature this spring.

The bill forbids ballot drop boxes from being placed anywhere other than at local election offices, eliminates an early voting day, reduces the time frame for seeking mail-in ballots, and tightens voter identification requirements. By backing the bill to now purging dead or absentee voter rolls. By this, Ohio has started fixing its voting infrastructure to make it democrat proof.