CCP fears its hostage diplomacy could invite people’s wrath, so it has censored the news of release of two Michaels 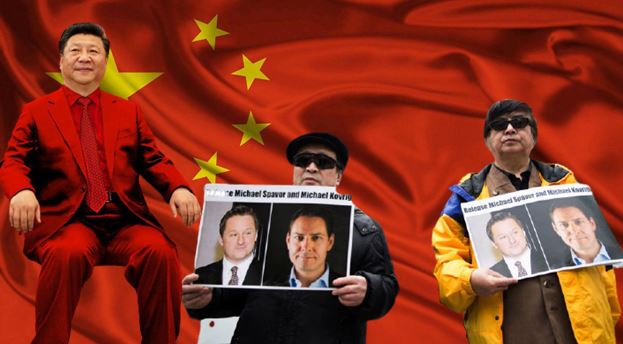 China’s ‘hostage diplomacy‘ has finally come to an end. And probably for the first time in the history of modern civilisation, a sovereign country has actually used extortion and blackmail involving the citizens of another country to achieve geopolitical goals.

So, China is doing what it does best to avoid people’s wrath – censorship. Beijing is therefore hiding the news of the release of the two Michaels, who were arrested by China in order to secure the release of top Huawei executive Meng Wanzhou.

Release of Meng Wanzhou and the two Michaels

Huawei’s Chief Financial Officer (CFO) Meng Wanzhou, who was in detention in Canada since December 2018 in relation to an extradition request made by the United States, has been released by Ottawa after a judge discharged her following the Huawei CFO’s deal with Wanzhou.

Wanzhou’s release seems to be a quid pro quo, as hours after the news of Huawei executive’s discharge, Canadian Prime Minister Justin Trudeau announced that the two Michaels, both of them Canadian citizens including a former diplomat who were arrested in response to Wanzhou’s arrest in 2018, have been freed and were on their way to Canada.

Also read: With the arrest of Chinese spies, the US plans to make China pay for its “hostage diplomacy”

Huawei is at the centre of China’s global domination strategy. And therefore, when Wanzhou came back to the communist nation, she was given a rousing welcome by the Chinese government. The Chinese State media welcomed Wanzhou back to the “motherland”.

Chinese State broadcaster CCTV also released a statement by the top Huawei executive. It stated her eyes were “blurring with tears” as she approached “the embrace of the great motherland.” CCTV quoted Meng Wanzhow as saying, “Without a strong motherland, I wouldn’t have the freedom I have today.”

Also read: It was China vs Canada and US over Huawei CFO’s extradition and China has finally blinked

Huawei, a Chinese telecom giant founded by Meng Wanzhou’s father Ren Zhengfei said that it “looked forward to seeing Ms. Meng returning home safely to be reunited with her family.”

Why is China silent on the two Michaels?

China is welcoming its ‘princess’ Meng Wanzhou’s return. Chinese Stats media news agency Xinhua and Global Times editor-in-chief Hu Xijin also celebrated Wanzhou’s release. However, none of the CCP’s mouthpieces cared to talk about Michael  Spavor or Michael Kovrig, who were apparently released by Beijing as a precondition to secure Wanzhou’s release.

Well, in China’s defence- the quid pro quo involved in securing the top Huawei executive’s release is a secret and a dirty one at that. Let’s get it straight- as soon as Meng Wanzhou was arrested in Canada on a US extradition request, there were demands in China to get her released.

Beijing found a rather primitive and uncivilized method to get Wanzhou back – it kidnapped two Canadians and used them to extort and strongarm Canada. Now, this is not a pretty little secret that China would be casual about. It is simply impossible for Beijing to admit to its 1.4 billion citizens that it kept two Canadians in arbitrary custody for around three years, in order to secure Wanzhou’s discharge.

China played too dirty a game and no one can condone it. Today, the Chinese State-owned media enterprises may talk about freedoms and liberties, but it is at the forefront of a brutal episode that involved coercion and an ugly display of ruthlessness with two Canadian nationals.

China’s propaganda machinery seems to realise that it would be going a bit too far if it admits that it resorted to state-sponsored kidnapping in order to bring back the Huawei ‘princess’. Jinping’s “hostage diplomacy” may have got him a few optics of Meng’s return, but in terms of public opinion, it has turned our to be catastrophic, which is why the CCP is censoring it.