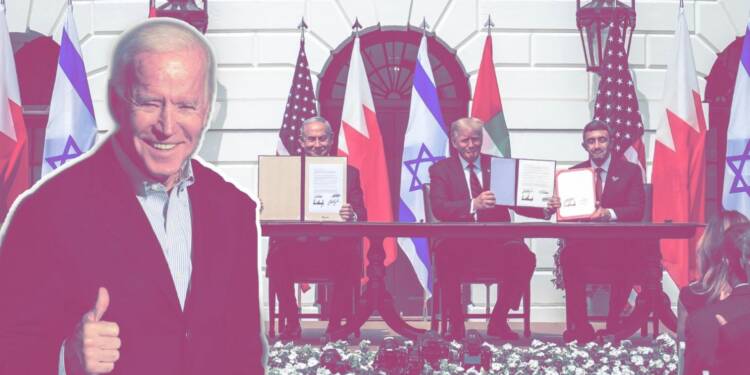 President Joe Biden may think that he knows the field of foreign policy like the back of his hand, but the truth is far from it. In fact, throughout his political career, Biden has always been on the wrong side of what USA’s diplomacy should have been like. When he was the Vice President, he stood firmly with Pakistan and told the Afghan civilian government that Pakistan was 50 times more important than Afghanistan. Today Pakistan is celebrating the Taliban’s victory against the US, and the ouster of the US-backed civilian government.

Biden also stood with Obama all through the former President’s regime change wars. Be it Libya, where the terrible disaster of Benghazi happened, and a whole functional nation was thrown into what would be more than a decade of fighting and chaos, or Syria, where Obama’s zeal to oust Bashar al-Assad led to the rise and rise of ISIS terrorists who became ‘ISIS rebels’ in Syria and received help from the US because well, they could help overthrow Assad’s regime. Talk about terrible priorities and always being on the wrong side. Then there was Iran that Obama heartily pandered to and Biden was eager to follow the same policy when he returned to the White House as President.

But four years had passed under another President, Donald Trump, and Trump did the unthinkable, mending US foreign policy and bringing it to the right side– the side of Peace. If the Middle East considers any US President to be its friend, it has to be Donald Trump. Now, Biden tried aggressively to turn the clock back to Obama’s time, but the Middle East has changed, and they all have one message for Biden, be Trump or be gone!

So, Biden really can’t decide if he loves or hates the Abraham Accords that have led to normalised relations between Israel and the Arab countries of Bahrain, the UAE, Morocco and Sudan. Earlier this year, White House Press Secretary Jen Psaki claimed that the Trump-brokered Abraham Accords between Israel and the Arab world were “dead on arrival”.

Psaki had said, “Aside from putting forward a peace proposal that was dead on arrival, we don’t think they did anything constructive, really, to bring an end to the long-standing conflict in the Middle East.” So, you would believe that Biden doesn’t like the Abraham Accords but now White House national security adviser Jake Sullivan raised the subject of normalization with Israel during his meeting with Saudi Crown Prince Mohammed bin Salman.

Why Psaki had criticized the “Abraham Accords”

When Jen Psaki claimed that the Abraham Accords were “dead on arrival,” she had a clear reason to make the awkward remarks. Her remarks were made in the context of the Gaza war between Hamas and Israel earlier this year. At that time, the Biden administration was facing criticism for its disastrous Israel policy that led to the Gaza war.

So, in order to shift the blame for the Gaza war, Psaki claimed that the Abraham Accords brokered by President Trump were “dead on arrival”. Of course, Biden himself knew that they were not dead on arrival given how the UAE had warned Hamas to stop its hostile actions against Israel, or else its planned investments in the Gaza Strip may not move forward. If the Arab world doesn’t approve of Palestine’s violent ways, it is only because of Trump’s Abraham Accords.

The Biden administration had warmed up to Palestine while boycotting Israel, which essentially led to the Gaza war despite the Abraham Accords creating an atmosphere of peace in the Middle East.

In a bizarre change of stance by the Biden administration, Axios reported that the US National Security Adviser raised the issue of Israel-Saudi normalisation at Neom, a futuristic city on Saudi Arabia’s Red Sea coast, during a September 27 meeting with Saudi de facto leader, Crown Prince Mohammed bin Salman.

Riyadh hasn’t rejected Sullivan’s proposal but it has demanded improvement in bilateral ties between Riyadh and Washington, D.C. as a precursor to any US-mediated normalisation agreement with the Jewish nation of Israel.

There is a reason why Biden is in love with Trump’s Abraham Accords all of a sudden now. This is a last-ditch effort by Biden to retain US influence in the Middle East, as the region is fast slipping out of Washington’s hands.

The Biden administration distanced itself from Saudi Arabia by weaponising journalist Jamal Khashoggi’s murder and criticizing Riyadh’s human rights track record. In Israel’s case too, Biden showed a tendency to prefer Iran and Palestine over the Jewish nation. Both Saudi Arabia and Israel have grown disillusioned with the US.

On the other hand, Biden committed a major blunder on the Iran front. He withdrew the US from the Yemen war which has catapulted the Iran-backed Houthi rebels to a winning position in the wartorn country, whereas Saudi Arabia now wants to find a way out of the deadly Yemen war. Yet, Biden did not drop the CAATSA sanctions against Tehran. This left Iran with a lot of leverage on the Saudi front.

Therefore, Iran is now on brink of striking a deal with Saudi Arabia whereby Iran will end the Yemen war and Saudi Arabia will normalise its relations with Iran in a major relief to the sanctions-hit Shi’ite nation. The net effect is that the US is getting kicked out of the region because three major players- Iran, Saudi Arabia and Israel are not entertaining it at all.

Biden is desperate for a diplomatic win in the Middle East. This is why Biden’s officials are aggressively pushing for an Abraham Accord between Israel and Saudi Arabia. US Secretary of State Antony Blinken and National Security Adviser Jake Sullivan discussed expanding the Abraham Accords during their interactions with Israeli Foreign Minister Yair Lapid.

However, Biden is not going to have it easy- Saudi Arabia has already suggested restoring complete normalcy in US-Saudi relations as a precondition for a normalisation agreement with Israel. On the other hand, the Jewish nation won’t demand anything less than being accorded top priority in US foreign policy all over again apart from undermining Biden’s “two-State solution” to the Israeli-Palestinian dispute.

If Biden wants to resurrect the Trump-era Abraham Accords, he will need to make some major reversals in his foreign policy and accept that he had gone wrong early on in his Presidential stint.