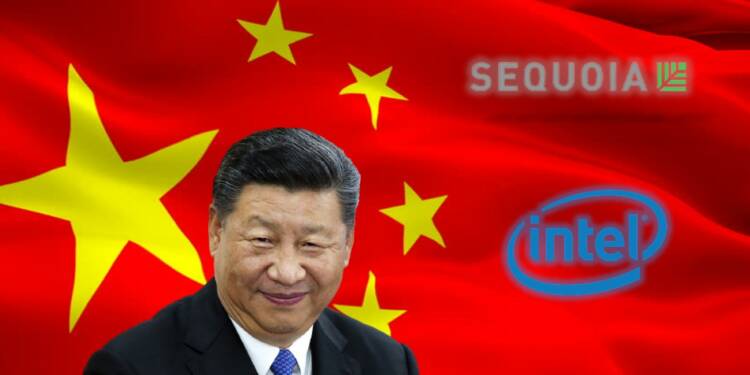 The one problem with competitive capitalism is the fact that companies sometimes prioritise profits way more than the parent country’s sovereignty or even national security. This is exactly what has transpired in the country which can be considered the most successful experiment of capitalism and laissez-faire. Last month, a group of experts from Georgetown University’s Centre for Security and Emerging Technology published a report highlighting the critical role that American companies play in supplying China with data, software, and finance for AI development. According to the article, commercial off-the-shelf autonomous drones and AI-enabled surveillance software have been delivered to various Chinese military PLA units – AI capabilities that are ready to use.

The semiconductor business, like AI, is another area where Western companies have aided China’s military. Semiconductor chips are used in practically all electronic devices, including computers, medical gadgets, military equipment, and more. The semiconductor industry is one of the top ten industries extensively subsidised by the Chinese government as part of its Made in China 2025 strategy, which aims to make China self-sufficient in chip manufacture and dominant in global high-tech manufacturing. All these are going on even when the previous Trump administration had placed laws to avoid these actions and the Biden administration has kept them as is. For the sake of immediate profits and while pursuing cold hard capitalism, US companies turned out to have become the best means of critical technology transfer.

Till the last days of the Trump administration, it made sure to punish Beijing. The USA, late last year added China’s top chipmaker, SMIC, and its oil giant CNOOC to the list of blacklisted companies which are as per US intelligence reports, are working in tandem with Chinese military companies.

Late last year, the United States Department of Defense designated a total of four companies as owned or controlled by the Chinese military, including China Construction Technology Co Ltd and China International Engineering Consulting Corp. These additions to the discussed list take the total to 35, that is, the total Chinese companies that have been blacklisted and will find it nearly impossible to do business and technology theft as usual with or within the USA.

Despite these restrictions, according to the Wall Street Journal, Silicon Valley venture capital firms like Sequoia and chipmakers like Intel and their Chinese affiliates have been helping China’s semiconductor industry grow by exporting sensitive technological know-how, investing in Chinese chip-making firms, and raising money from foreign investors to fund Chinese chip-making start-ups.

Thanks to these American businesses, Chinese manufacturers have made significant progress in critical technologies and are rapidly closing the technology and manufacturing gap with western chip producers. These technological advances have aided in the development of China’s military and provided the Chinese Communist Party with tremendous instruments to further its geopolitical objectives and upset the liberal world order.

Sen. Bob Casey (D-Pa.) issued a statement criticising these American corporations for putting “their bottom lines without regard to the broader American economy or our national security.” He and Texas Senator John Cornyn are working on legislation that would “filter outbound US investments and the outsourcing of crucial supply chains and tech-industry resources to foes like China and Russia.”

While such legislation is a positive step, it may not be the most effective or timely solution due to the months it takes to pass a bill. It may be too late by the time it becomes law and takes effect because technological innovation occurs on a daily basis, and China may have already acquired everything it needs to be technically self-sufficient before the measure is passed.

The greed of American technology companies coupled with China’s military-civil fusion development policy is assisting the PLA in acquiring COTS technologies from both domestic and international sources. The majority of the AI equipment supplied to the PLA is provided by private Chinese IT businesses created after 2010.

Even though most suppliers are not state-owned, many have benefited from state-provided equipment, manpower, knowledge, or finance. Only 8% of the 273 PLA AI equipment providers identified in this investigation are included in US export control and sanctions lists.

Going ahead, we can expect Joe Biden to ease the sanctions on China and as & when this happens, the US descend from the global power will only accelerate.