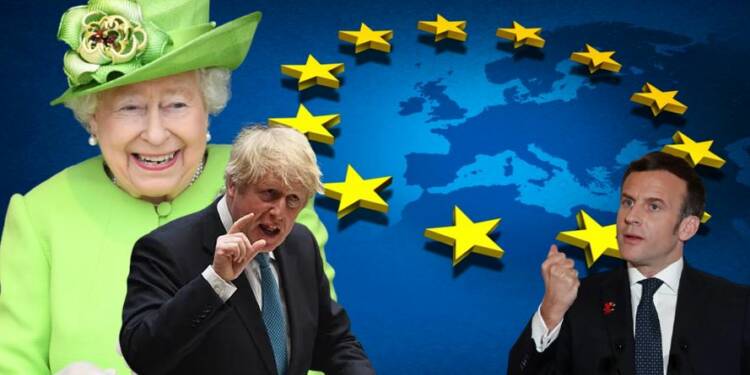 From Israel to Greece to Egypt, the United Kingdom (UK) is vigorously involving itself in the conflict-ridden region of the eastern Mediterranean that lays bare its intentions to outpace the rivaling European Union (EU) in its quest to cement itself as an influential player in the Middle East.

Consider these three developments that unfolded in the recent past:

Interestingly, all the concerned nations (Israel, Greece and Egypt) vis-à-vis the aforementioned developments are placed in the eastern Mediterranean region.

The region is vital for the EU and the UK for three primary reasons:

All in all, after its exit from the EU, the UK is trying its best to outpace the bloc on three fronts altogether. Those three fronts are trade, energy and security.

The reason behind UK-EU rivalry:

But why would the UK and the EU ever fight over such issues? The answer is Europe’s energy crisis. Russian companies, especially Gazprom, have orchestrated a gas crisis in the EU, in its quest to boost the acceptability of its contentious Nord Stream 2 pipeline project. Russian companies have denied the EU access on spot pricing contracts, stirring a crippling energy crisis in the region.

So, the EU’s desperate buyers are now eagerly waiting for other alternatives. The EastMed pipeline project is one among other gas projects currently being worked upon, in the area. On January 2, 2020, the EastMed Pipeline accord was signed in Athens by the leaders of Greece, Cyprus, and Israel. On July 19, 2020, the Israeli government officially approved the accord, allowing the signatory countries to move forward with plans to complete the pipeline by 2025.

UK’s dependence on the EU:

Needless to say, any country on good terms with Israel, Greece and Egypt, will have an upper say in the negotiations and securing enough gas supplies. Given the UK meets its energy needs through gas pipelines passing via Europe, it needs to play a larger role in the eastern Mediterranean region. Around 47% of the UK’s gas supply comes from across Europe – predominantly Norway, Netherlands, Belgium, and Russia – through long-distance pipelines. That explains why the UK is involving itself in the region in the face of the burgeoning gas crisis at home.

Ensuring stable gas supplies has gotten renewed focus in the UK, after France’s latest threats to cut electricity supplies to the country. Make no mistake, France and the UK are engaged in a fierce fishing dispute after Brexit.

France’s threats of cutting electricity supplies to the region:

Also, both parties accuse each other of violating the Brexit norms, prompting the French minister for European affairs to say earlier this year that “The UK depends on our energy exports; they think they can live alone while also beating up on Europe and, given that it doesn’t work, they engage in aggressive one-upmanship.” Earlier, France had also issued similar threats to cut off power supplies to Jersey, which meets 95% of the total electricity demand through submarine power cables originating from France.

Any power eyeing higher global status has to tighten its grip over the vital sea links and trade routes across the globe, and the UK, cherishing its ’Global Britain’ ambitions, is no different. The vital Suez Canal route, connecting the Red Sea to the Mediterranean Sea, holds utmost importance for the countries in Europe, including the UK.

With the UK already in firm control of the strait of Gibraltar through its overseas territory, it is now trying to court Egypt, Israel and Greece to cement its influence in the Eastern Mediterranean region.

There is more to the UK-EU rivalry than what meets the eye. And by asserting its influence in the countries considered important for the EU’s trade and energy sector, the UK is trying to place itself in a better position in the contentious negotiations with the EU.