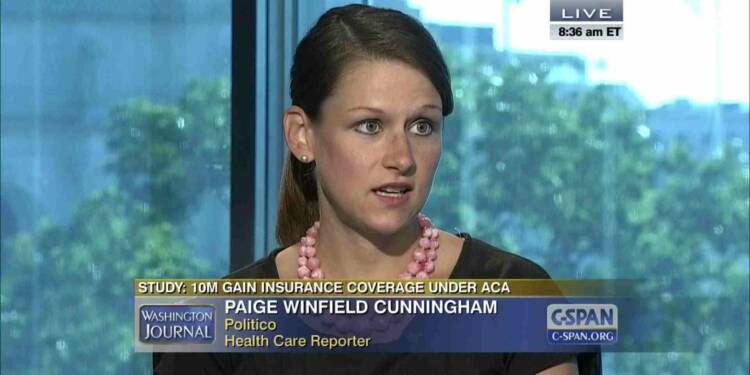 Paige Winfield Cunningham began her career as a reporter for The Naperville Sun in the Chicago area, where she covered county government. DuPage County Board, Illinois’ second largest county, was covered.

She covered state politicians, city council, local business, and community events in her writing. During her time at Wheaton College, she worked as the features editor for the student newspaper. She also created and managed the Political Paige blog.

In 2017 she joined the Washington Post as a Healthcare reporter and is currently working. She covers health policy and politics and writes a daily healthcare email.

Paige Winfield Cunningham was a meritorious student and she was active in cultural activities. She worked as the features editor for Wheaton College’s student newspaper during college. Paige Cunningham joined Wheaton College in 2003 and studied History, Economics and Music. In 2006 she got her Bachelors of Arts degree and immediately after that she joined The Naperville Sun in Chicago as a country reporter.

Paige Winfield Cunningham is interested in politics, storytelling and newspapers. Cunningham also likes blogging, however she is less active on LinkedIn but stays connected with people on Twitter. As a journalist Paige has a lot of contribution to the healthcare sector and she is admired by many for her reporting in the field.