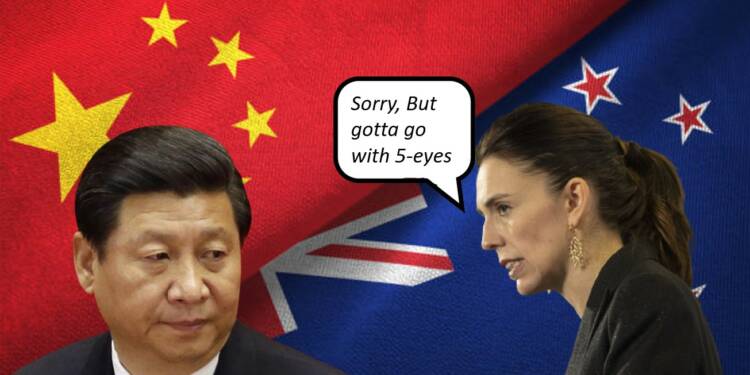 A report released by New Zealand’s Defence Ministry has stated that the country faces “a substantially more challenging and complex strategic environment”, in large part because of China’s rise and “increasingly strong nationalist narrative”.

The report, which was released on Wednesday, included a detailed discussion of China’s military modernisation, and also underlined the importance of New Zealand’s security relationship with other Five Eyes nations- the United States, United Kingdom, Canada, and Australia.

Talking about the Defence Ministry report, Professor David Capie, director of Victoria University of Wellington’s Centre for Strategic Studies said, “It paints a pretty sobering picture of changes in New Zealand’s strategic environment.” Capie added, “It argues the South Pacific is no longer a benign backwater, but rather that some of the challenges we’ve seen playing out in the wider Indo-Pacific are now coming closer to home.”

Highlighting just how big the China threat is, the report singled out strategic competition between the United States and China as a “major driver” of increased insecurity. The Ministry characterised the Indo-Pacific as the “central global theatre for strategic competition”.

The Defence Ministry report also warned that an external power could set up a military base or deploy paramilitary forces in the region. This is, of course, a reference to China. The Kiwi establishment is therefore worried about China militarizing the South Pacific region.

David Capie said, “After decades of deployments to Afghanistan and the Middle East, [the report] makes clear that the South Pacific is where New Zealand needs to focus its primary defence efforts in the future.”

The Defence Ministry report makes it clear that the Kiwi defence establishment and the Jacinda Ardern administration are not on the same page when it comes to China. While Jacinda has been generally favourable towards Beijing, Foreign Minister Nanaia Mahuta had gone as far as expressing disapproval of the use of the Five Eyes platform to criticise Chinese human rights violations.

Yet, the Defence Ministry report released on Wednesday has strongly rooted for a better relationship with the Five Eyes countries. It noted that “the defence aspect [of Five Eyes] is as long-standing and as fundamental as the intelligence aspect”. The report added that the country “derives enormous benefit from this partnership, including in terms of access to defence capabilities, information technologies and military developments that would otherwise be unachievable”.

Will the defence establishment’s anti-China tirades force Jacinda to change her policies:

New Zealand’s defence establishment is looking at the big China threat and wants to formulate policies that can meet Wellington’s security interests. However, the question is will Jacinda Ardern give up on her pro-China character due to the latest Defence Ministry report.

It is, in fact, true that Jacinda Ardern crumbles under pressure. Earlier this year, the Kiwi government had made up its mind to excuse Chinese human rights violations. However, when the Five Eyes pushed back against the Kiwi Prime Minister’s pro-China policies, she was forced to issue a statement against Beijing.