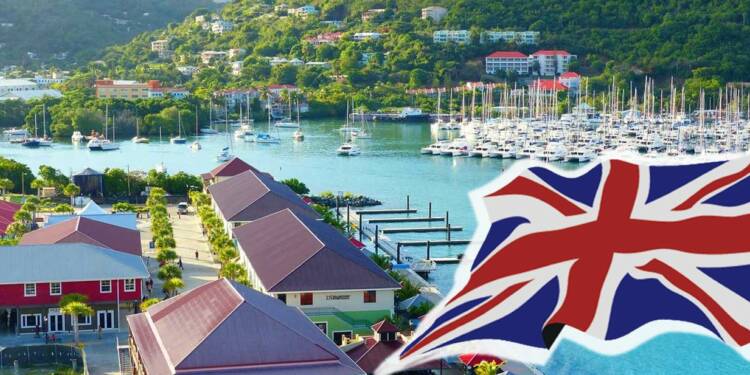 Imagine a territory with no industry, not much farming, no taxes and just tourism and finance. Well, that’s the British Virgin Islands for you. People say that it’s a tax haven. In fact, many identify it as a leading tax haven though British and local authorities deny the allegation. So, let’s dive in and see what makes the British Virgin Islands famous (or infamous).

As a Caribbean territory, the British Virgin Islands have a history similar to many other countries and islands in the region. In the medieval era, Europeans were travelling around the world. You know they were doing a favour to the rest of the world by taking all their wealth and ‘civilising’ them. They did this favour to India, Africa and the Caribbean.

So, Christopher Columbus spotted BVI on his second voyage in 1493. The Spanish claimed it, and then the Dutch came in. But ultimately the British Empire took over in 1672, and well the Crown decided that it will never leave the archipelago.

Located in the Caribbean, the British Virgin Islands are, of course, tourist-friendly. In fact, the islanders earn 45% of their income from tourism.

And since there aren’t natural resources to exploit or many other sources of income, authorities in the British Virgin Islands are quite enthusiastic about all the tourism coming in.

So, you would be thinking that tourism is the biggest economic activity in the Caribbean archipelago. Well, no. British Virgin Islands (BVI) get much of the rest of their income from financial services.

So, financial services account for over half of the local economy. But how? There are no famous banks in the region. Nor is the archipelago known for non-banking financial corporations. If you walk through Road Town, the archipelago’s capital, you will see hens and roosters on a chaotic, narrow lane of Main Street. There is nothing to suggest that there is much financial activity happening in the archipelago.

So, how does it manage to derive so much of income out of financial services? I will tell you.

BVI is home to 400,000 companies, holding $1.5 trillion in assets. For a territory of 30,000 people, the number of companies is way too large and don’t even get me started on the value of assets they own.

BVI do not work like say the Swiss banks. Let me explain. In the case of Swiss banks, there is strict secrecy in banking. So, if for example, you were fortunate enough to have a billion Dollars and happened to have deposited them in a Swiss bank, the bank won’t disclose it to your government. Now, your government can’t zero down on you with your financial details.

There is no secrecy in the case of the British Virgin Islands, rather there is a zero percent taxation policy- no capital gains tax, gift tax, inheritance tax, sales tax or value-added tax. And this allows businesses to set up offshore companies and evade tax. Let me take an example. Let us take the example of the UK itself.

The UK has a corporate tax rate of 19 percent. This means a company has to pay 19 percent tax on its operations in the UK. Now, the same company moves its company headquarters to the British Virgin Islands, where there is zero percent corporate tax, and books its profits in the British Virgin Islands. Now, it will pay the lower tax rate, which will be- well zero, instead of paying taxes where business activity actually took place.

This makes BVI popular as an offshore destination. At one point, almost half of the world’s offshore companies were located in this archipelago.

While authorities may deny that BVI is a tax haven, 50 percent of the shell companies unearthed in the Panama Papers were set up in BVI. The Papers showed that 140 politicians and public officials, as well as tax evaders, drug traffickers, and fraudsters had links to secret companies.

The Panama Papers leak thus served as a barometer of how popular BVI has been with shell companies. Zero tax and a system that encourages setting up offshore companies is what makes BVI an infamous tax haven.