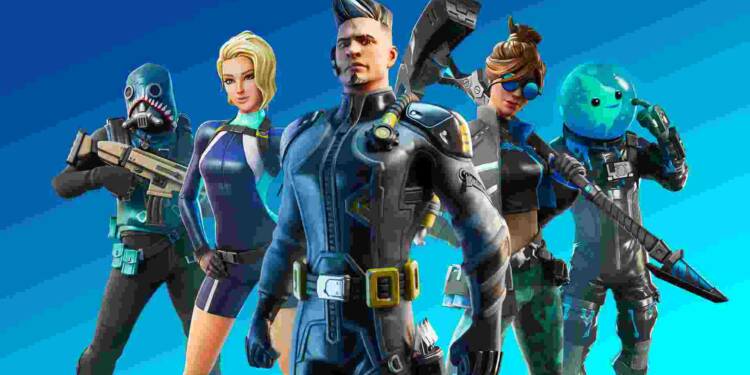 Fortnite is a free to play online multiplayer game with a variety of game modes to appeal to all types of gamers. The game is developed by American game company Epic and is available to play on many platforms. Frontline Status which provides the new update is apparently the official status account of the game– Fortnite and the account is very popular on twitter.

The twitter account is about to reach 2 million followers and it update almost every new development regarding the Fortnite game. It also shares links of news and update information. The frontline status joined twitter in 2019 and is a favorite place for the gamers to get early news and new update related to the Fortnite game.

It’s a follow-up to Fortnite: Save the World, a cooperative survival game with building components. On September 26, 2017, it was released in early access for Microsoft Windows, macOS, PlayStation 4, and Xbox One, with versions for iOS, Android, and Nintendo Switch coming the following year.

On June 29, 2020, Epic removed the game’s early access classification. In late 2020, launch titles for the PlayStation 5 and Xbox Series X/S were published.

Concept of the game

The concept of the game is similar to that of other games in the genre: 100 players fall onto an island and scrounge for resources to protect themselves from other players. Players can fight alone (Solo), with one other player (Duos), three players (Trios), or in a party of four (Group of Four) (Squads).

The playable region within the island steadily shrinks as the game proceeds, leaving the players with less and less room to work with; beyond this safe zone is “the Storm,” which inflicts damage on anybody trapped inside it, with the amount of damage increasing in tandem with the Storm’s growth. The match is won by the last man or team still alive.

The game’s construction components set it apart from others in the genre, allowing players to create walls, obstacles, and other constructions out of collected resources to protect themselves from oncoming fire or gain a strategic perspective advantage. Battle Royale employs battle passes to bring new character customization content as well as limited-time events, some of which correspond to changes to the game map. Several new game modes have been added after the game’s initial release, including “Battle Lab” and “Party Royale.”

What do critics have to say?

Battle Royale’s learning curve, gameplay, art style, multiplayer, and advancement system were praised by critics, however it was noted that it was identical to previous games in the genre. The game quickly gained traction after its release, eventually surpassing Battlegrounds in terms of overall player count and revenue.

The number of gamers had topped 350 million by May 2020. With social media promotion and celebrities like Ninja, Marshmello, and Drake contributing to the game’s success, the game has gone on to become a cultural phenomenon, garnering record-high viewership on streaming platforms.

Epic Games is an American corporation created by CEO Tim Sweeney in 1991. The company’s headquarters are in Cary, North Carolina, and it has over 40 offices around the world. Epic is now a renowned interactive entertainment firm and 3D engine technology vendor. Epic Games is the creator of Fortnite, one of the most popular video games in the world, with over 350 million accounts and 2.5 billion friend connections.

Epic also develops the Unreal Engine, which powers the world’s leading games and is also adopted across industries such as film and television, architecture, automotive, manufacturing, and simulation. Through Unreal Engine, Epic Games Store, and Epic Online Services, Epic provides an end-to-end digital ecosystem for developers and creators to build, distribute, and operate games and other content. For new update related to fortnite you can check out the frontline status twitter account.