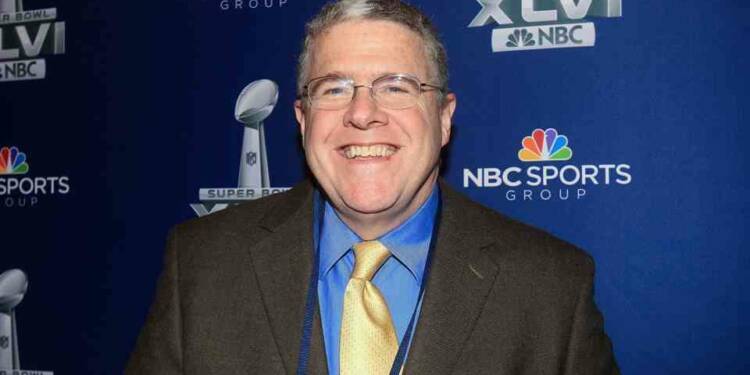 Peter King is a sportswriter from the United States. Peter King wrote for Sports Illustrated from 1989 to 2018, including the weekly multi-page column Monday Morning in America (FMIA) and Quarterback. As Editor-in-Chief and Columnist, he launched MMQB, Sports Illustrated’s professional soccer microsite, in 2013.

Peter King is currently a senior magazine writer, SI’s leading NFL pundit and one of the country’s leading professional football reporters. NBC Sports Digital will need reports on a variety of events throughout the year, including the regular season, league games, Super Bowl, NFL Scouting League, the start of free agency, and the NFL draught.

He has served on the Board of Governors for many years and has served as President of the Florida Association of Securities Dealers and continues to be active. He is a longtime board member and past president of the Tampa Bay affiliate, the Federal Bar Association, and remains active.

Peter is quite popular among the sports fans and he is followed by more than 1.7 million people on twitter. He tweets frequently and his comments are awaited by sports lovers. He joined twitter in 2009 and he has a photo with a baby on his profile where Peter King posts his FMIA blogs link and other sports related stuffs.

He and his wife Ann live in Manhattan. Laura and Mary Beth are their two daughters.

Prior to joining Sports Illustrated, King was a writer for The Cincinnati Enquirer from 1980 to 1985 and Newsday from 1985 to 1989. by themselves – time. Well-known NFL reporter Peter King of Sports Illustrated is a reporter for the NBC studio show America’s Football Night and FMIA of NBC.

Apart from FMIA Peter King is an English non-fiction, detective and thriller writer best known for his Gourmet Detective Series.

In 2001, he published The Pearl of the North, the first of three historical detectives starring Jack London. When he retired in 1991, he wrote his first novel, Food Detective, about the intimate secrets of a chef-turned-detective solving kitchen mysteries. After retiring in 1991, King wrote his first book, Food Detective, launching the long-running Food Detective series. Peter King uses his ingenious writing skills to introduce us to a food sleuth, a chef-turned-sleuth known for finding hard-to-find ingredients and answering the most complex food questions for the best restaurants.

In 2002, Peter King became a managing editor and correspondent for HBO’s Inside the NFL. With the return of NFL coverage to NBC for the 2006 season, the network launched Football Night in America and FMIA, a studio show that airs between the end of Sunday afternoon games and primetime Sunday Night Football. King joined Bob Costas, Cris Collinsworth, Sterling Sharpe, and Jerome Bettis on the show as a special “insider” reporter and analyst, spotlighting key issues of the day.

From the 2008 offseason until the fall of 2011, King co-hosted The Opening Drive on Sirius NFL Radio with Randy Cross and Bob Papa. Since 2008, he has been a regular guest on Chris Russo’s Sirius XM show “Mad Dog Unleashed.” King also appears on The Dan Patrick Show and ESPN’s Mike and Mike on a regular basis.

In this “mysterious feast of food,” Detective Gourmet visits a Swiss spa where treatment can be fatal (Publishers Weekly). It is a story that offers the reader a deep understanding of how French delicacies are prepared, while at the same time delving into a complex mystery.