Transparent Nevada: How they keep check on the government 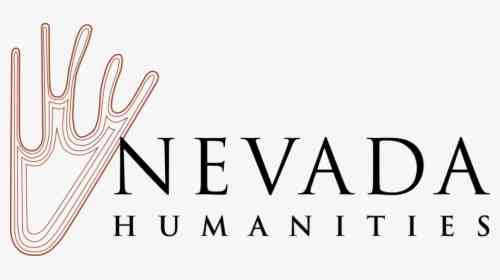 Transparent Nevada is a public service sponsored by the Nevada Policy Research Institute and is dedicated to provide accurate, comprehensive, and easily accessible information on public employee remuneration in Nevada, a state in the Western region of the United States.

Complete and accurate information is required to improve the public’s understanding of government and to assist decision-makers, such as elected officials and voters, in making well-informed decisions.

However, the twitter account of Transparent Nevada is not followed by many people. Only 597 people are following their account. In Fact the population of Nevada is merely 30 lakhs.

The Transparent Nevada Policy Research Institute is a free-market think tank dedicated to finding private solutions to public problems in Nevada, the West, and the United States. Education and fiscal policy are the Institute’s main areas of attention, with the purpose of promoting free-market ideas in both. Although NPRI is based in Las Vegas, scholars and writers from across Nevada and the United States contribute to our purpose.

The purpose of the Transparent Nevada Policy Research Institute?

The Institute educates citizens, the media, and government officials in Nevada about free-market solutions to public problems. The Institute does not lobby for or against legislation, nor does it endorse or oppose political candidates, as it is a 501(c)(3) organization as specified by the Internal Revenue Code.

NPRI is a non-profit organization that does not solicit or accept government funding. Individuals, organizations, charities, and family trusts contribute generously to the Institute’s funding. NPRI, unlike many other nonprofits, is not supported by a single wealthy donor. The Institute receives the majority of its funding from NPRI members who give on a yearly basis.

Nevada is the United States’ 7th largest, 32nd most populous, and 9th least densely populated state. Nevada is a state in the western United States. Oregon borders it on the northwest, Idaho on the northeast, California on the west, Arizona on the southeast, and Utah on the east.

Nevada was founded on the principles of liberty and self-determination. A society will develop when people are free to exercise their natural rights and dreams. To foster innovation, inspire a social care for others, enable worthwhile lives, and respect the rights of others, market-based and liberty-protecting policies are required. Only a well-defended constitutional republic can support freedom as an organizing principle, according to history.

Create policy and educate the public with fact-based knowledge. Analyze legislation, regulation, and litigation in order to inform Nevada residents about the intended and unintended consequences. Use social and public media to keep current and future Nevada residents informed. Collaborate with other like-minded organizations to increase the impact of pro-freedom policies and legislation.

Advocate for policies that allow free markets and free individuals to flourish. Concentrate our efforts on issues that have a significant influence on Nevadans’ freedoms, such as state budgetary concerns, school choice, taxation, criminal justice reform, and government transparency.

France threatens sanctions, Germany sends in warships: EU goes all out against China