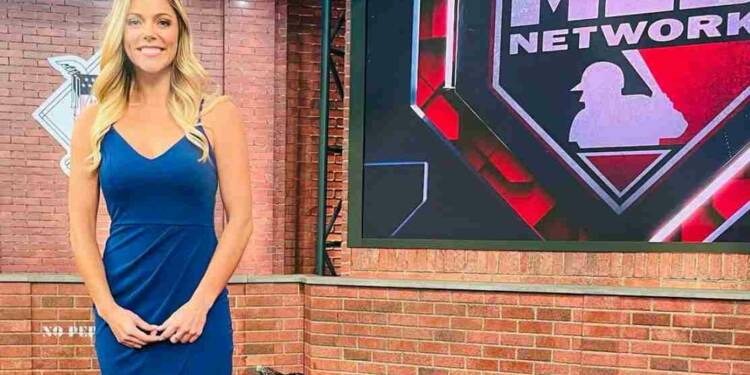 Alexa Datt, born November 22, 1985 in Durwood, Maryland, USA, is a journalist and sports broadcaster, but is probably best known as the ex-wife of radio disc jockey Peter Rosenberg, who also writes for World Wrestling Entertainment. (WWE).

Alexa Datt also worked with Comcast for over three years as an Associate Producer for CSN Mid-Atlantic, situated in Bethesda, from September 2006 to August 2009. Alexa Datt worked as a NEC Sideline Reporter & V/O Talent for Time Warner Cable from September 2010 to April 2012. Alexa Datt also served as a sideline reporter for Rutgers University from November 2011 until January 2013, covering basketball games.

She worked as a Fios1 Sports Reporter/Commentator for Verizon in the Greater New York City Area from December 2012 to January 2014. She worked as a host for Bleacher Report in 2015, where she hosted video content on a variety of themes and sports.

From 2009 through 2015, she worked at SportsNet New York, where she had positions such as Mets Insider Host, A-10 Sideline Reporter, Mets Sideline Reporter, and Associate Producer. Alexa Datt also spent over three years as an In-Stadium Host/Reporter for the New York Mets in 2014.

She co-hosted a daily live three-hour morning sports show covering the biggest stories in sports with debate, social media, and interviews for almost a year at 120 Sports as a Co-Host, The Morning Run, from August 2016 to September 2017. Alexa Datt spent nearly a year as a Host, Video Content at Sports on Earth in 2018. In 2019, she works for the National Hockey League (NHL) as a Host, On the Fly.

She worked as a Podcast Host at Datt’s What She Said w/Dani in New York, United States, in 2018. She is currently employed by Major League Baseball as a Host, The Rundown. Alexa Datt previously worked for the company in various capacities, including Host The Cycle from April 2019 to May 2020, Host, 12:25 Live with Alexa, and Host from March 2017 to March 2018, and The Dugout from June 2017 to November 2017.

She attended Col. Zadok Magruder High School and earned a bachelor’s degree in broadcast journalism from the University of Maryland College Park in 2007. “Experienced Host with a demonstrated background of working in the broadcast media field,” her LinkedIn bio read. Radio, television, podcasts, web video, on-air announcing, and radio host are all skills I have.

Strong arts and design professional with a BA in broadcast journalism from the University of Maryland College Park and a certificate in Spanish language and literature.”