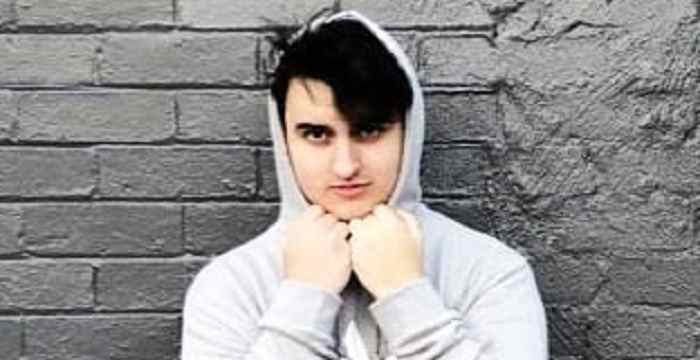 Jay, better known online as McCreamy, is a YouTube comedian and professional Fortnite player from New Zealand. He was born on July 1, 1996. He is well-known for founding the xd clan and for filming videos of himself getting called out for “cheating.”

McCreamy has a verified twitter account that has been followed by more than 585k people and tweets sometimes. He joined twitter in 2016 and he can be reached at @McCreamy.

McCreamy is very active on twitch and streams frequently. He has more than 300k followers on Twitch. Mainly he streams Fortnite gameplay. He has an Instagram account with more than 400k followers and he posts frequently on Instagram. He has a link on his bio which is an online ice cream store of McCreamy.

On the online store there are many clothing franchises like hoodie, T-shirts are also available. McCreamy’s Ice Cream co. was established in 1998 and has been serving tasty frozen treats to happy cusomers all over the world ever since.

He joined Youtube in 2016 and has more than 7 million followers on his channel. He uploads stream videos frequently on YouTube. McCreamy recently uploaded a video where his fan can have a look at his real face.

McCreamy is well-known for his humorous Overwatch let’s plays. He has collaborated with several of his pals on funny gameplay moments. Before switching to Fortnite in December 2017, he had done funny videos on Player Unknown Battlegrounds (PUBG). He became famous for his ‘crazy’ gameplays and snipes, as well as founding a clan, xd he is also buddies with Fresh.

Also Read: Why Hinata over Sakura or Sakura x Hinata?

The ‘xd’ clan is a clan channel where anyone may join, but only good players are accepted. The clan concentrates on trickshotting, which has many fans recalling the days of Call of Duty trickshotting. In May of 2018, McCreamy joined the clan. He changed his Fortnite identity from ‘McCreamy’ to ‘xd McCreamy’ since then, primarily because he uses it in titles accusing him of “cheating.”

The Fortnite community then began using the abbreviation ‘xd’ in their names. McCreamy’s buddies were also inspired to participate (xd Fitzy, xd Zuckles, xd TobyontheTele and xd hanieldarrison). Other broadcasters and gaming YouTubers such as Myth, Tfue, FaZe Rug, RiceGum, Lachlan, FaZe Jaomock, and Dakotaz had lent their support to the clan.