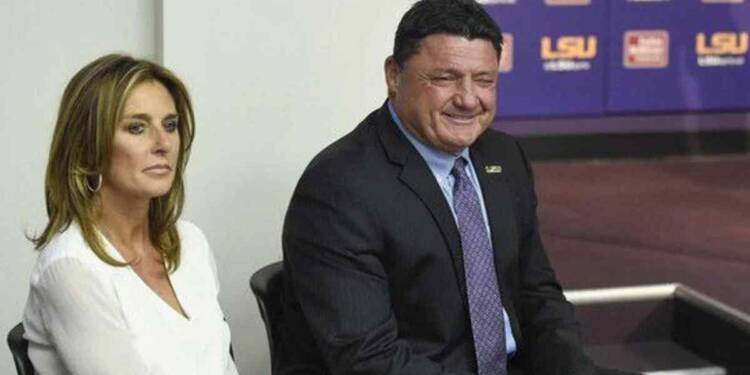 Kelly Orgeron was born on December 30, 1964, in Lake City, Arkansas, a town of around 2,000 people. Kelly was one of Bobby and Janis Owens’ four children (Scott, Russ, Kelly, and Misty). Her mother worked in a beauty shop, while her father was a farmer.

Kelly Orgeron joined twitter in 2010 and has been followed by over 2k people. She is quite active on twitter and she can be reached at @KellyOrgeron1.

Kelly Orgeron was born Kelly Lynn Owens on December 30, 1964, in Lake City, Arkansas, United States. Kelly is a 55-year-old woman. She celebrates her birthday every year on December 30.

Kelly was an athlete as a kid. Kelly was a basketball player at Lake City High School, despite the fact that she had a metal rod in her back.She had to wear a full-body cast for years until the rod helped her correct her scoliosis, according to Sports Illustrated.
According to The Advocate, this Arkansas female picked up tennis along the road and won USTA state titles in Arkansas and Louisiana while her husband was away instructing. Kelly even encouraged one of her boys to take up the racket sport as a kid.

Janis Kay Owens (nee. Dubois) and Bobby Owens have a daughter named Kelly. Kelly’s father was killed in a train accident when he was 46 years old. On December 25, 2012, her mother passed away due to difficulties with her lungs. Scott, Misty, and Russ are Kelly’s three siblings.

Her health issues are the main cause that Kelly Orgeron frequently become a matter of discussion and people want to know about her health conditions. Kelly Orgeron has been a source of inspiration for the LSU head coach. Kelly’s health issues, which have accompanied her battle with scoliosis, have been overcome by the couple.

Kelly Orgeron has had several surgeries, one of which did not go as planned in 2017. A doctor accidentally pierced her intestines during surgery, according to Sports Illustrated.

According to Sports Illustrated, doctors advised Ed that his wife might not survive the emergency operation to repair the infection. Kelly has made a remarkable recovery and continues to support her husband’s team by sitting in the seats at LSU games.

Je Niece Mccullough: Everything you need to know