Youtuber Ashley Nichole: all you need to know 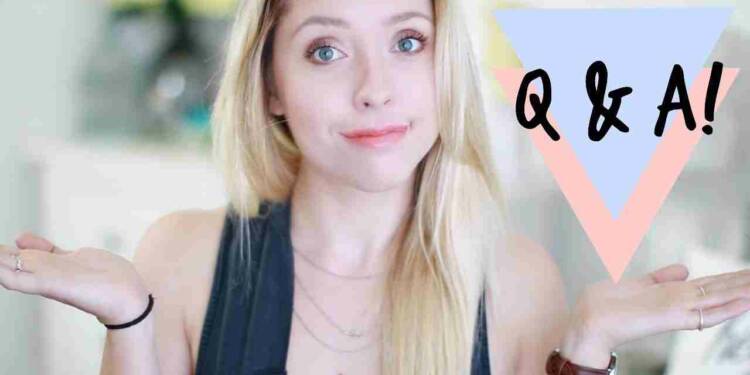 Ashley Nichole is a well-known YouTuber and a renowned social media celebrity from the United States. On her YouTube channel, “xoMissAshleyNichole” renamed as Ashley Nichole, she is most recognised for her lifestyle, beauty, vlogs and fashion videos.

Ashley Nichole, who was born on December 25, 1989, will be 31 years old in 2020. She was born and raised in Riverside, California, United States, in an upper-middle-class family. Her family later relocated to Los Angeles, California, in the United States.

Ashley Nichole has a sizable fan base across all of her social media platforms. Her primary YouTube channel has over 1.1 million subscribers, and her other YouTube account has over 535K subscribers.

Her early education was finished at a local high school in California, United States. Following that, she enrolled at a private university in California, where she received her bachelor’s degree.

She has always been fascinated by beauty, make-up, and fashion and has aspired to work in these fields. She chose to use her YouTube account to share her ability with others.

Ashley Nichole comes from a well-established Christian family in Riverside, California. She is known to be of American ethnicity and to follow the Christian religion.

Her father Mr. Nichole works in a private company and her mother is a housewife.

Her younger sister, Alisha Marie, is also a popular YouTuber.

Ashley Nichole began her career as a YouTuber and social media celebrity. On her popular YouTube channel, xoMissAshelyNichole, she began producing beauty, fashion, and lifestyle videos and vlogs.

She also has a second YouTube channel called AshelyNichole Vlogs, where she posts stunts and travel videos. She has amassed a sizable fan base on her YouTube channels in just 9 months.

Ashley Nichole and her sister Alisha Marie co-founded Parallel Apparel. For modern creatives, Parallel Apparel offers a comprehensive selection of enhanced staples. They produce clothes for people of all sizes and identities. “For a versatile and effortless finish, we are committed to quality, deliberately created with a focus on fit, manufacturing, and the precision of every cut on each piece. Our collections are designed to be worn wherever and everywhere, for everyone, now and tomorrow.” according to their website.