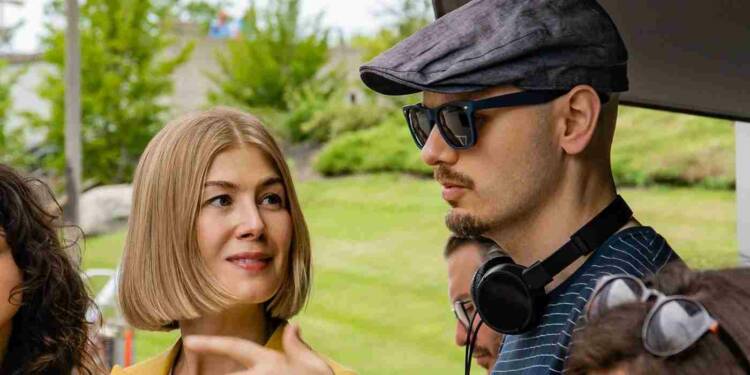 Jonathan Blakeson (J Blakeson) is a screenwriter and film director from England. The Disappearance of Alice Creed (2009), a thriller starring Gemma Arterton, Martin Compston, and Eddie Marsan, was his debut feature film, which he wrote and directed. I Care a Lot was his most recent film (2020).

J Blakeson was born and raised in the North Yorkshire town of Harrogate. North Yorkshire is the largest non-metropolitan county and lieutenant area in England, covering an area of 8,654 square kilometers (3,341 sq mi). He studied Film and Literature at the University of Warwick and graduated with honors. Outside of school, he wrote and directed two low-budget films, Struggling (1997) and Red Tape (1998). (1998).

His movies of J Blakeson

J Blakeson wrote and directed The Disappearance of Alice Creed, a 2009 British neo-noir film. It’s about two ex-convicts kidnapping a young woman (Gemma Arterton) (Martin Compston and Eddie Marsan). On the Isle of Man, the film was shot.

Criminals Vic and Danny abduct Alice Creed, an affluent family’s only child. They strip her naked, bind her to a bed, and ball-gag her for the camera in a secure room. The men dress her in a tracksuit and place a hood over her head before leaving to dispose of all three of their belongings and send the photographs to Alice’s father for ransom.

When Alice wants to use the restroom, the men tell her to sign and compel her to use a bedpan while still tied. Vic mocks Danny for being less cool, but neither shows emotion while embarrassing her.

The story follows a deceitful woman who makes a career as a court-appointed guardian, collecting the assets of elderly people who are vulnerable, only to become involved with a violent mob.

I Care a Lot had its international premiere on September 12, 2020, at the 45th Toronto International Film Festival, and was made available for streaming on February 19, 2021, via Netflix or Amazon Prime Video, depending on the location.

Rosamund Pike was cast to feature in the film, which will be written and directed by J Blakeson, in May of this year. In June, Peter Dinklage and Eiza González were added. Chris Messina and Dianne Wiest joined the cast of the film in July 2019, and filming began the following month. In Dedham, Massachusetts, scenes were shot, including at the Norfolk County Registry of Deeds.