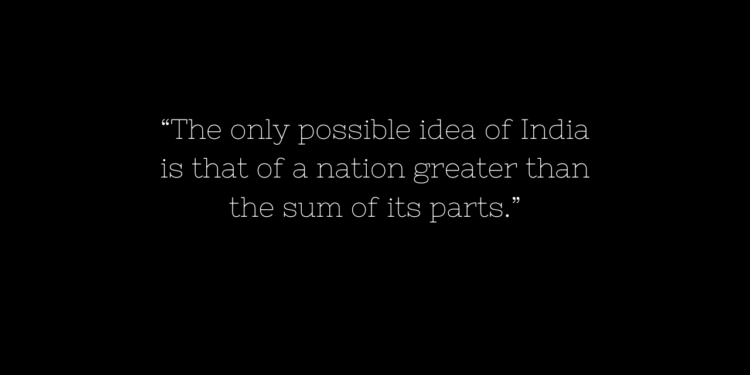 Shashi Tharoor is an Indian politician, former foreign diplomat, writer, and public intellectual who has represented Thiruvananthapuram, Kerala, in the Lok Sabha since 2009. He formerly served as the United Nations’ Under-Secretary-General and stood for Secretary-General in 2006. Here is the collection of best Shashi Tharoor quotes that you can share online with your family, friends and loved ones.

“If America is a melting-pot, then to me India is a thali, a selection of sumptuous dishes in different bowls. Each tastes different, and does not necessarily mix with the next, but they belong together on the same plate, and they complement each other in making the meal a satisfying repast.”

“Great discoveries, Ganapathi, are often the result of making the wrong mistake at the right time.”

“The Mahabharata declares, ‘What is here is nowhere else; what is not here, is nowhere.”

“The only possible idea of India is that of a nation greater than the sum of its parts.”

“They say every dog has its day, Ganapathi, but for this terrier twilight came before tea-time.”

“On Gandhi: Don’t ever forget, that we were not led by a saint with his head in clouds, but by a master tactician with his feet on the ground.”

Also Read: The funny quotes from Lilo and Stitch

“In India we celebrate the commonality of major differences; we are a land of belonging rather than of blood.”

“There is not a thing as the wrong place, or the wrong time. We are where we are at the only time we have. Perhaps it’s where we’re meant to be.” – best Shashi Tharoor quotes

“A philosopher is a lover of wisdom, not of knowledge, which for all its great uses ultimately suffers from the crippling effect of ephemerality. All knowledge is transient linked to the world around it and subject to change as the world changes, whereas wisdom, true wisdom is eternal immutable. To be philosophical one must love wisdom for its own sake, accept its permanent validity and yet its perpetual irrelevance. It is the fate of the wise to understand the process of history and yet never to shape it.” – best Shashi Tharoor quotes

“What economic liberalization needs, if it is to succeed , is a general acceptance that reforms are for the general good, that they might seem to help some more than others, but that in the long run everyone will benefit from them. Such attitude is far from being realized”

“Rabindranath Tagore put it gently to a Western audience in New York in 1930: ‘A great portion of the world suffers from your civilization.’ Mahatma Gandhi was blunter: asked what he thought of Western civilization, he replied, ‘It would be a good idea’. ‘The”

“I make no bones about the fact that India matters to me, and I would like to matter to India.”

“The past is not necessarily a guide to the future, but it does partly help explain the present.”

“I do not look to history to absolve my country of the need to do things right today. Rather I seek to understand the wrongs of yesterday, both to grasp what has brought us to our present reality and to understand the past for itself. The past is not necessarily a guide to the future, but it does partly help explain the present. One cannot, as I have written elsewhere, take revenge upon history; history is its own revenge. One”