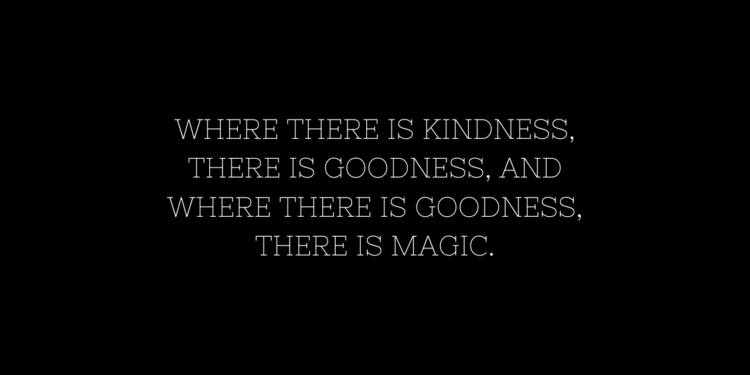 Cinderella is a fictional character from Walt Disney Animation Studios’ 12th animated feature film Cinderella (1950). Cinderella is played by American singer and actress Ilene Woods in the original film. Woods was replaced by American actresses Jennifer Hale and Tami Tappan, who provide the character’s speaking and singing voices in the sequels and following film and television appearances. Here you can read the best and interesting collection of Cinderella movie quotes and you can share these quotes though.

And Ella continued to see the world not as it is, but as it could be, if only you believe in courage, and kindness, and occasionally, just a little bit…of magic.

I want to tell you a secret that will see you through all the trials that life can offer. Have courage and be kind!

Though you’re dressed in rags, you wear an air of queenly grace. Anyone can see a throne would be your proper place.

They can’t order me to stop dreaming. – best Cinderella quotes

Why, that means I can go too!

Well, why not? After all, I’m still a member of the family, and it said, “By royal command, every eligible maiden is to attend.

I’m sure I can. Oh, thank you, Stepmother.

Oh, well. What’s a royal ball? After all, I suppose it would be frightfully dull, and boring, and completely … completely wonderful.

But like all dreams, I’m afraid this won’t last forever.

Have courage and be kind.

This is perhaps the greatest risk that any of us will take, to be seen as we truly are.

Ella continued to see the world not as it is, but as it could be, if only you believe in courage, and kindness, and occasionally, just a little bit… of magic. – best Cinderella quotes

Just because it’s what’s done doesn’t mean it’s what should be done!

You have never been… and you never will be my mother. – best Cinderella quotes

Of course I would. But only if you’ll take me as I am, an apprentice still learning his trade.

I’m rather good at shoes.

No one in the kingdom will outshine my daughters.

The plot of the movie:

A wealthy widower has a lovely little daughter, a kid with an unrivalled sense of benevolence and a pleasant disposition. As his second wife, the gentleman marries an arrogant and haughty woman. She has two kids, both of whom are egotistical and self-centered. Her stepmother forces the girl into service, forcing her to work day and night completing menial tasks. When the girl’s daily activities are completed, she curls up beside the fireplace to keep warm. Her stepsisters ridicule her by calling her “Cendrillon” (Cinderella) since she often wakes up covered in ashes. Cinderella endures the assault patiently and does not report it to her father, who would reprimand her.

The prince invites everyone in the kingdom to a royal ball one day. The two stepsisters excitedly design their ball outfits, taunting Cinderella by claiming that servants aren’t allowed to attend.

Cinderella weeps in despair as the two stepsisters and stepmother leave for the ball. In order to get Cinderella to the ball, her Fairy godmother comes mysteriously and begins to convert Cinderella from a domestic servant to the young lady she was by birth. A pumpkin becomes a golden carriage, mice become horses, a rat becomes a coachman, and lizards become footmen. Cinderella’s rags are subsequently transformed into a stunning jewelled gown, complete with a delicate pair of glass slippers.

The Fairy Godmother urges her to have a good time at the ball, but she must return before midnight, otherwise the spells would be shattered.

Cinderella captivates the entire court, especially the Prince, at the ball. Cinderella remembers to depart before midnight at the first ball. Cinderella graciously thanks her Fairy Godmother as she returns home. She then greets her two stepsisters, who had not seen her before, and they talk about nothing but the lovely girl at the event.

However, the story’s second moral balances out the first and indicates the critique that Perrault is addressing: That’s it “Having intelligence, guts, good breeding, and common sense is undeniably advantageous. These and similar abilities are gifts from God, and it is a blessing to have them. Even these, however, may not be enough to ensure your success if you do not have the blessing of a godfather or godmother.”