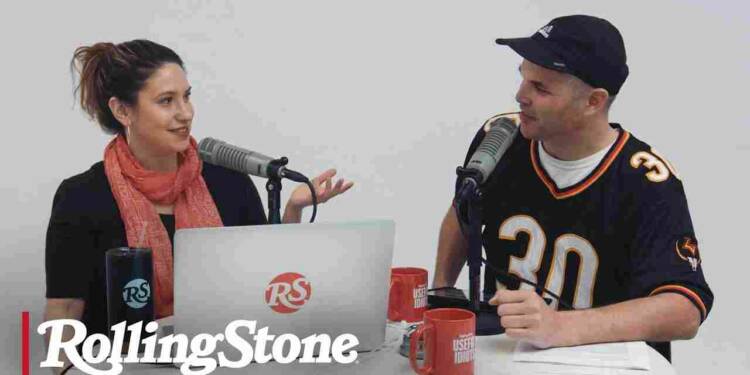 Liz Franczak works in the American media space as a professional writer and podcaster. In 2019, the writer rose to prominence after co-hosting the podcast ‘True Anon’ with Brace Belden, a well-known Internet celebrity.

The podcast is mostly concerned with political concerns and events surrounding Jeffrey Epstein, a deceased sex offender and financier. Liz Franczak is also a contributor to the venerable American publication ‘The Baffler.’ She also works for the well-known media company ‘Deadspin’ as a sports blog writer.

The author and her family currently reside in San Francisco. She is a citizen of the United States. If we see her Muck Rack account we can be able to understand that she has journalistic feelings and she has posted some links of her articles which can be accessible through her Muck Rack account.

Liz can be reached at @liz_franczak on twitter and her account has been followed by 110k people. She is quite active on the platform and tweets frequently. Her tweets include mostly news related or awareness related things. Apart from that she shares about her work.

In 2019, the writer rose to prominence after co-hosting the podcast ‘True Anon’ with Brace Belden, a well-known Internet celebrity.

TrueAnon is a political podcast broadcast by Brace Belden and Liz Franczak in the United States. The podcast focuses on left-wing analyses of current events and political concerns, particularly those involving Jeffrey Epstein, a deceased businessman and sex offender. The podcast’s title is a satirical homage to the QAnon conspiracy theory.

TrueAnon has garnered positive reviews from critics. The podcast was praised by GQ for having a “one-of-a-kind flair you won’t find anywhere else,” as well as the quality of its research. TrueAnon, according to journalist Jeet Heer, is one of the few left-wing publications to explore the Epstein case in depth, in contrast to “the mainstream media’s unwillingness to tackle the matter for fear of appearing conspiratorial.” Journalist Glenn Greenwald praised the podcast for its coverage of the 2016 Nevada caucus.

TrueAnon is the eighth-ranked podcast on Patreon and the 11th-ranked account overall on the platform in terms of patrons as of December 2021.

TrueAnon is hosted by Liz Franczak, a journalist for The Baffler and Deadspin, and Brace Belden, a left-wing internet personality known for fighting with the People’s Protection Units in the Syrian Civil War. Belden and Franczak met in San Francisco’s punk music scene in the early 2000s. After Gawker exposed the details of Epstein’s personal address book in 2015, establishing Epstein’s connections to various powerful persons in politics, banking, intelligence, academia, and entertainment, the Marxist hosts became interested in the Epstein issue.

Following Epstein’s arrest in July 2019, Belden and Franczak remarked that key facts of the case, such as his ties to US intelligence services, were overlooked by the mainstream media.